Skip to main content Skip to navigation
Fall 2021
The Fall 2021 issue of Washington State Magazine looks at Chinese immigrants in the inland Pacific Northwest, innovation at WSU during the COVID-19 pandemic, re-imagined radio dramas, and much more. » More ...
Spring 2019

From 3D-printed bones to portable defibrillators, alumni and faculty of Washington State University have contributed a number of health-care innovations to the world. Check out some of the devices and new techniques below.

Because it required less energy, the defibrillator developed by Clint Cole and his research group could be lighter and smaller by a factor of five, making it portable—and ubiquitous.

A former paramedic, Cole is an inventor, CEO, and college instructor … END_OF_DOCUMENT_TOKEN_TO_BE_REPLACED

Spring 2019
Technology and smartphone apps made by nurses, therapists, doctors, and others tap into their knowledge, and enable self-monitoring and self-care for patients. They can also help health-care workers themselves. » More ...
Winter 2018

At Rosario’s Place, food on the shelves comes and goes like a tide. When staff at the Women’s Center at Washington State University, which manages Rosario’s, puts out a call for donations, stock rises and then falls again as students take what they need to get by.

Rosario’s Place has a private entrance on the Pullman campus, and that simple fact, says Women’s Center director Amy Sharp, reduces stigma; no one asks who you are or what you are doing. You just come in, take what you need (or leave what you can). In addition to food, Rosario’s also stocks baby and toddler supplies … END_OF_DOCUMENT_TOKEN_TO_BE_REPLACED

A safe and sterile needle seems to be a basic idea when preventing infections. But how that needle is sterilized, especially in places where reuse is a common practice, spurred a good idea for a pair of Washington State University student entrepreneurs.

Emily Willard and Katherine Brandenstein came up with the idea of SafeShot, a lid that sterilizes a needle each time it enters the vial of medicine, as part of an entrepreneurship class. The two students started a company, won a health business contest last spring, and headed to Tanzania early this year to research how their product could be used in a real … END_OF_DOCUMENT_TOKEN_TO_BE_REPLACED 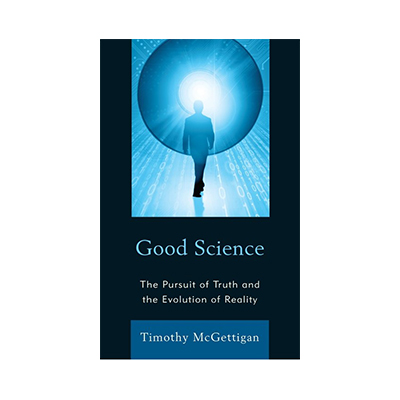 It’s hard to get at, consuming the bulk of scientific endeavor for starters. It’s also hard to nail down, with paradigm shifts both altering our sense of reality while rattling our faith that something like the truth can be attained.

McGettigan, a professor of sociology at Colorado State University-Pueblo, makes an enjoyable and wideranging case for forging ahead. Drawing on … END_OF_DOCUMENT_TOKEN_TO_BE_REPLACED

The Uniqueness of Pacific Northwest Flora and Fauna
C.V. Piper

Largely self-taught as a naturalist, Piper believed he needed to classify the flora and fauna of the PNW so other scientists could better understand the uniqueness of area. Published Flora of the Palouse Region (1901), Flora of the State of Washington (1906), Insect Pests of the Garden, Farm, and Orchard (1895), and many other books, including works on hay, soybeans, and other crops.

Allopolyploid formation as a mode of speciation
Marion Ownbey

Ownbey’s work on Tragopogon (goat’s beard, salsify, or oyster plant) on the Palouse was a first, seminal … END_OF_DOCUMENT_TOKEN_TO_BE_REPLACED

Summer 2010
We delve into WSU's rich intellectual history, listing some of the great ideas and discoveries that have come out of our institution. » More ...
Summer 2009
There are two sides to everything, says entomologist William Snyder of his biocontrol research. Along the way to developing a “practical” approach for crop defense, he answered a fundamental evolutionary question: Why are there so many species? » More ...
Summer 2009

Reporters, college administrators, and even scientists themselves often talk about basic and applied research as if they are the two ends of a spectrum, and that most research can be described as being either “purely basic,” with no practical end in view, or “applied,” with only practical ends in view (and no interest in understanding fundamental processes of nature). Scientists whose work combines the two get placed somewhere along the line between them, but like placing a pivot under a teeter-totter, the question arises, which side is heavier? Does her work tilt more toward the applied side or the basic?

Such questions, and the whole … END_OF_DOCUMENT_TOKEN_TO_BE_REPLACED