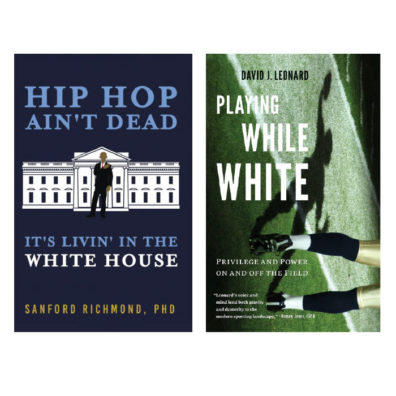 During his undergraduate years at the University of Southern California, writes Sanford Richmond in Hip Hop Ain’t Dead, “I began to … END_OF_DOCUMENT_TOKEN_TO_BE_REPLACED

Clara Tennant Selhameten was born the daughter of Lummi tribal leader in what became Whatcom County, and eventually married John Tennant, the son of a famous Methodist minister around 1859. Tennant established the first permanent farm in the region, on Lummi land. In later years, she and John traveled as missionaries and built many churches. It was clear that the couple were true partners in both spiritual … END_OF_DOCUMENT_TOKEN_TO_BE_REPLACED

One of the first environmental engineers at Hanford recalls his two decades of study of both the toxic soil and water at the nuclear site, and the wildlife and plants that thrive on the 586 square miles of central Washington desert. Adams helped determine the initial scope of the soil cleanup at Hanford, among other projects there. He shares his perspectives on leaking waste storage, the obsession with safety, and the paradoxical nature of a place that’s a sprawling wildlife refuge and one of the most complex environmental … END_OF_DOCUMENT_TOKEN_TO_BE_REPLACED

Former WSU President Elson S. Floyd pulled together a group of campus leaders in late 2014 to sketch out a vision of a new kind of building on campus: a place for cultural education and events. Although Floyd died in 2015, the Elson S. Floyd Cultural Center, under construction on the corner of Stadium and Main, will be a signature welcome to WSU with a “rolling hills” roof and open design.

Maria de Jesus Dixon, manager of operations for the Cultural Center, believes the center is unique among the nation’s universities and colleges. WSU’s multicultural student population has grown … END_OF_DOCUMENT_TOKEN_TO_BE_REPLACED

Conventional wisdom among scholars of World War II claims that Japan would inevitably lose the Pacific War to the United States and the Allies. They base that belief on greater American military and economic power and a U.S. strategy that forced the war against Japan on a path to unstoppable Allied victory. Myers, a professor at Washington State University’s School of Politics, Philosophy, and Public … END_OF_DOCUMENT_TOKEN_TO_BE_REPLACED

Joe Monahan, from all appearances a typical American frontiersman, arrived in Idaho Territory in the late 1860s. He was lured by the promise of fortune in the hillsides and settled in Owyhee County, which The New York Times had described as “a vast treasury” with “the richest and most valuable silver mines yet known to the world.”

Monahan built a cabin and mined a claim. He also worked as a cowboy with an outfit in Oregon.

When he returned to Idaho, he settled into a dugout near the frontier town of Rockville. An 1898 directory lists him as “Joseph Monahan, cattleman.” And his neighbors described … END_OF_DOCUMENT_TOKEN_TO_BE_REPLACED