There was little surprise when the Japanese military police arrested and imprisoned a number of British and U.S. citizens on their soil after the 1941 attack on Pearl Harbor. Some, like the Reverend Samuel Heaslett, were held and interrogated for a few months, then released and eventually sent back to North America. However, outside prison walls, Western … END_OF_DOCUMENT_TOKEN_TO_BE_REPLACED

Conventional wisdom among scholars of World War II claims that Japan would inevitably lose the Pacific War to the United States and the Allies. They base that belief on greater American military and economic power and a U.S. strategy that forced the war against Japan on a path to unstoppable Allied victory. Myers, a professor at Washington State University’s School of Politics, Philosophy, and Public … END_OF_DOCUMENT_TOKEN_TO_BE_REPLACED 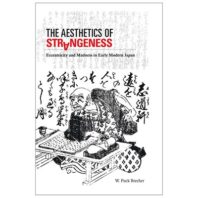 Eccentricity and odd artistic behavior in the Edo period of Japan (1600–1868) proliferated as an aesthetic subculture that both resisted the rigidity of the Tokugawa realm and served as a source of moral and cultural values.

This study by Brecher, an assistant professor of Japanese language at Washington State University, delves into the complex role of oddballs and eccentrics as sources of artistic … END_OF_DOCUMENT_TOKEN_TO_BE_REPLACED

Growing up in late 1960s Japan, Mieko Nakabayashi had an unlikely goal. The eldest daughter of a farmer-turned-land-developer, she dreamed of living overseas.

“I was so curious about the world,” she recalls.

Four decades later, that Saitama Prefecture schoolgirl has grown into a power player with a résumé spanning the Pacific Rim and two nation’s capitals. Nakabayashi, 50, has worked as a television reporter, think tank researcher, and professor. For a decade, she worked as a U.S. Senate budget staffer.

Her biggest move came last year, when she was elected to Japan’s House of Representatives. Long acquainted with the cherry blossoms … END_OF_DOCUMENT_TOKEN_TO_BE_REPLACED