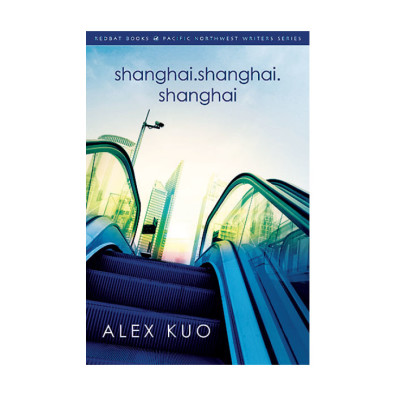 Kuo, 78, spent 33 years as a professor and writer at Washington State University, and has long championed the political influence of literature. Born in Boston and raised in China during World War II, Kuo’s writing often explores the entangled roles of citizens, states, money, and memory. His 2002 Lipstick and Other Stories won the American Book Award for fiction.

Throughout his career with WSU’s English and Comparative Ethnic Studies departments, Kuo traveled back to China to teach each year. He retired from WSU in 2012, but still holds an appointment at the Beijing Forestry University’s School of Foreign Languages.

Kuo’s novel, which he refers to as “Triple Shanghai,” is a brief, but complex, book that follows the life of a newspaper culture writer named Ge as he confronts many of the eccentricities and hypocrisies of Chinese society. Ge seemingly slips between the 1939 of occupied China, the 1989 of the Tiananmwen Square protests, and modern China.

Scrambling historical touchstones, often within the same sentence, creates a dreamlike fluidity in many of the early chapters. Inspired by Faulkner, Kuo likens the book’s time structure to an “anti-chronology” or Möbius loop.

“We think back and forth,” Kuo explains. “Time is totally irrelevant.”

The book often uses layers of multicolored fonts and sidebars to help the reader navigate historical and cultural context. Several scenes amid a controversial bridge tournament include diagrams of the cards at play. Kuo admits it can be difficult to make such dynamic concepts approachable for everyone.

“A novel about an unusual subject that is accessible to [the average reader] is probably not a very good novel,” he says. “The unique and the different should be challenging, infuriating at times, and requires work.”

But that is the power of literature—the ability to provoke and shape critical thought, the capacity to change minds, incite revolutions. Would you rather have your writing punished or ignored? While shanghai.shanghai.shanghai draws much of its drama from the heavy hand of state censorship, Kuo argues America currently faces an equally sinister threat.

“We have censorship in this country, but it’s self-imposed,” he says. “The worst kind of censorship is nobody reads. That’s self-censorship.”

Kuo will launch the book tour for “Triple Shanghai” with a public reading at 5:30 p.m. on November 16 in Goertzen Hall on WSU’s Pullman campus. He also has a new poetry collection in Chinese and English, Meeting Words at the Gate, published this fall.