The reference in William Stimson’s article (Fall 2016) on the 1925 rally for the Cougar football team to students as forerunners of “The Greatest Generation” struck a chord. As a history department T.A., I researched the 1938 student strike for Dr. George Frykman. Issues may seem trivial to postmodern eyes (Dean Fertig’s proscription of blankets on picnics is one example), but students’ experience in campus mobilization was not. What started as pique over parietal rules became an experience in leadership. Indeed, some student organizers became war heroes within the decade. I remember that Lt. Col. Jerry Sage responded to my … END_OF_DOCUMENT_TOKEN_TO_BE_REPLACED

Veteran Kristi Molnar-Nelson invited us to a counseling session with her psychiatrist Matt Layton, a Washington State University clinical associate professor, at a Spokane methadone clinic where she’s being treated for opioid addiction.

Read more about treatment for opioid and heroin addiction in “The Epidemic.”

Read about WSU’s research into understanding the prevention and treatment of addiction, and studies into the neuroscience of addiction.

“I do not believe that any man can adequately appreciate the world of to-day unless he has some knowledge of … the history of the world of the past.” —Theodore Roosevelt, 1911

A hundred years ago, Theodore Roosevelt’s vision of conservation came to fruition with the establishment of the National Park Service. Although President Woodrow Wilson established the NPS, Roosevelt had doubled the number of national parks and passed the Antiquities Act in 1906 when he was in the Oval Office. Roosevelt believed that we must have a deeper and longer-term view of our country’s natural and historical heritage.

In the spirit of Roosevelt’s aims, … END_OF_DOCUMENT_TOKEN_TO_BE_REPLACED

The WSU Spokane Program of Excellence in Addictions Research (PEAR) is a wide-ranging effort aimed at improving the understanding, treatment, and prevention of addictions.

Founded in 2006 by John Roll, senior vice chancellor at WSU Health Sciences, PEAR is today one of the primary addictions science programs at WSU, says director and assistant professor in the College of Nursing Celestina Barbosa-Leiker.

The stark reality of drug abuse hit home for Brendan Walker when two college classmates overdosed on heroin and Xanax. Their unsettling deaths steered Walker toward a career in the neuroscience of psychology and addictions.

Today, the associate professor of psychology and member of the Neuroscience Program at WSU is a leader in the study of alcohol and opioid drug dependence. His research is advancing the development of new pharmacotherapy treatments for addiction.

“Alcohol and abused opioids have a lot of similarity,” says Walker. “They both manipulate very powerful primitive systems in the brain that are critical for our motivation.”

One of those systems … END_OF_DOCUMENT_TOKEN_TO_BE_REPLACED 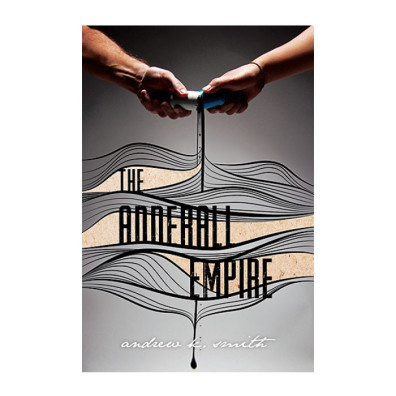 After decades of researching gender differences in the effects of drugs, Rebecca Craft has found that females using marijuana are likelier than men to become dependent on the drug and suffer more severe withdrawals.

At the same time, females seem to be more sensitive to the drug’s pain-relieving qualities.

Craft, a Washington State University psychology professor who studies the effects of psychoactive drugs on rats, has reported these findings most recently in journals such as Life Sciences and Drug and Alcohol Dependence. Her work, funded in part by the National Institute on Drug Abuse, focuses on the medical side of cannabinoids, the class of drugs … END_OF_DOCUMENT_TOKEN_TO_BE_REPLACED

Washington State University neuroscientist Jaak Panksepp discusses how a simple web search can be driven by one of the brain’s most fundamental impulses.

Read what other WSU professors say about reading and thinking in the digital world in “Dear reader” in the Summer 2010 issue of Washington State Magazine.

A few years ago, Hollingbery, a recovering alcoholic, was thinking about how difficult it can be to start recovery. His own grandson, Will, had just taken a leave of absence from WSU to sort out his life and get clean. For a kid like Will, returning to campus and falling back in with his old friends and routines could be a problem, he thought. So while here for a football game one weekend, Bus wondered … END_OF_DOCUMENT_TOKEN_TO_BE_REPLACED