The treacherous Arctic is the setting of a harrowing true story of shipwreck, disaster, and survival in the early twentieth century. Acclaimed adventure writer Buddy Levy, also a creative writing and English professor at Washington State University, talks with Washington State Magazine associate editor Adriana Janovich about his latest book, Empire of Ice and Stone: The Disastrous and Heroic Voyage of the Karluk.

The second of three nonfiction historical narratives by master storyteller Levy about survival and exploration in the Arctic wilderness, this book tracks the voyage of the Karluk to the Bering Sea and its destruction in the ice, leaving crew, Inuit guides, and … END_OF_DOCUMENT_TOKEN_TO_BE_REPLACED 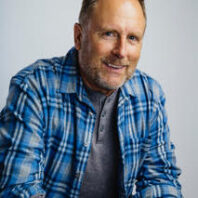 In this episode, Larkin talks about his WSU memories, getting into the acting business, and playing Coach Shane in the 125th episode of The Office, as husband of … END_OF_DOCUMENT_TOKEN_TO_BE_REPLACED

Where did the idea for Cadenzas come from? What inspired you to write it? And how long did it take?

Four years ago at the age of 79 and aware of how much background work my previous novels have demanded, I was pretty sure that this one, Cadenzas, would be my last novel. Add to that my recollection of what the Palestinian writer Edward Said thought, that the last novel an author writes is usually the one that they’ve always wanted to write, I thought this was it, this was most likely going to be my last one.

He specializes in historical narrative, paying meticulous attention to detail, writing cinematically, and traveling to the sites of the stories he’s researching—sometimes several hundred years after they’ve occurred. Travel, he says, is necessary for scene-setting and description, and can be more meaningful than archival research.

His seventh book, Labyrinth of Ice, started with a visit to Greenland in 2003. But he was there to write about something else. Levy was covering a race in which Erik Weihenmayer, the first blind man to summit Mount Everest, was competing, and he managed to convince Weihenmayer to let … END_OF_DOCUMENT_TOKEN_TO_BE_REPLACED

It started with a book-signing. That led to some beer-drinking, which led to lots of Grange meetings and—finally—recording.

Throughout the better part of a decade, award-winning author, lecturer, and lepidopterist Robert Michael Pyle worked on a spoken-word album in which poetry about the natural world meets acoustic instruments played mostly by grunge icon Krist Novoselić (’16 Soc. Sci.), founding member of and bassist for Nirvana.