Lt. Adolphus W. Greely, commander of the Lady Franklin Bay Expedition, assessed the situation from the edge of the ice floe upon which he and his men were stranded.

They were adrift on a raft of ice, and it was 11 degrees Fahrenheit—cold for the time of year but not as low as the sub-zero temperatures they regularly experienced during their two years of exploration and data collection, … END_OF_DOCUMENT_TOKEN_TO_BE_REPLACED

He specializes in historical narrative, paying meticulous attention to detail, writing cinematically, and traveling to the sites of the stories he’s researching—sometimes several hundred years after they’ve occurred. Travel, he says, is necessary for scene-setting and description, and can be more meaningful than archival research.

His seventh book, Labyrinth of Ice, started with a visit to Greenland in 2003. But he was there to write about something else. Levy was covering a race in which Erik Weihenmayer, the first blind man to summit Mount Everest, was competing, and he managed to convince Weihenmayer to let … END_OF_DOCUMENT_TOKEN_TO_BE_REPLACED

The British Navy was outfitting ships for war against the upstart American colonies when Captain James Cook sailed from Plymouth Harbor in July 1776 for his third and final voyage. The mariner sought the elusive Northwest Passage via the west coast of North America, but the ensuing three-and-a-half-year expedition didn’t turn out as planned.

Much has been written about Cook, particularly … END_OF_DOCUMENT_TOKEN_TO_BE_REPLACED

Pioneer Edward Jay Allen lived near Olympia when the Oregon Territory was split in two and federal politicians elected to name the new territory Washington, rejecting the local suggestion of Columbia. Allen helped survey a wagon road over Naches Pass, a backcountry route still in use by those who favor mud and adversity over miles per gallon and speed. Future Union general George B. McClellan shared a cabin with Allen one summer, leading to a fast friendship a decade before … END_OF_DOCUMENT_TOKEN_TO_BE_REPLACED 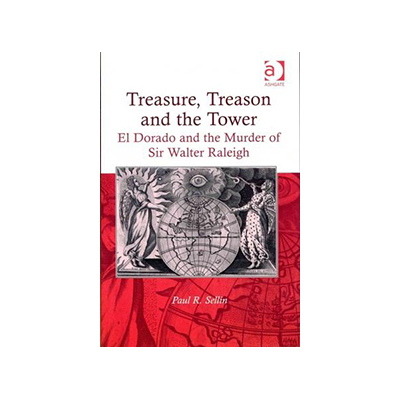 Years ago while doing research in Stockholm, Sweden, Paul Sellin, a scholar who specializes in literature and history of the sixteenth and seventeenth centuries, chanced upon some correspondence about Sir Walter Raleigh and gold that he may have found in South America.

Sellin, who studied history at WSU and then went on to the University of Chicago to complete a doctorate in English, is a professor … END_OF_DOCUMENT_TOKEN_TO_BE_REPLACED

In a fabulously snide review of the first episode of Brad Meltzer’s Decoded on the History Channel, a reviewer for The New York Times refers to investigator Buddy Levy, “who could be a bus driver but who is in fact an English professor at Washington State University and a freelance writer of magazine articles about adventure sports.”

“I’m cool with that,” he says. “I’m a bus driver who can write a narrative history of the Amazon.”

That narrative history, which our charming reviewer neglected to mention, is Levy’s latest book, River of Darkness: Francisco Orellana’s Legendary Voyage of … END_OF_DOCUMENT_TOKEN_TO_BE_REPLACED

Nearly two-thirds of the Lewis and Clark Trail is under man-made reservoirs. Another one-quarter is buried under subdivisions, streets, parks, banks, and other modern amenities. Almost none of the original landscape is intact. No one appreciates this contrast like author and historian Martin Plamondon II, who has reconciled the explorers' maps with the modern landscape.