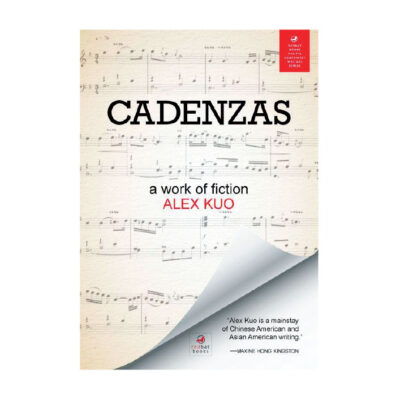 “The thing is, often writers are so fixated on the historical accuracy of their work that they leave out the truth,” Alex Kuo writes in his latest novel, described in press materials as “Kuo’s accumulation of more than 80 years of living, listening, and writing on several continents and breathing in the cadences of several languages, including three Chinese dialects.”

In this provocative new work, Kuo presents an imagined conversation between music and language, intertwining literary characters, historical figures, and authors both living and long dead with commentary on culture, race, gender, and politics, and often mixing locations and chronologies.

“We think back and forth,” Kuo told the magazine in 2015. “Time is totally irrelevant.”

Kuo spent 33 years as an English and comparative ethnic studies professor and writer at Washington State University before retiring in 2012. In his new novel, as in prior works, he challenges readers⁠—at times talking directly to them and, at others, referring to himself in third-person. He inserts himself, referencing his own previous works of fiction⁠—Mao’s Kisses and shanghai.shanghai.shanghai⁠—in a novel that is dynamic, deliberate, and tightly written. Kuo doesn’t waste words.

He plays with form and content, forcing the reader to examine Kuo’s very specific choices surrounding reality and its representation, and the strength and frailty of language and narrative. Cadenzas is full of questions. It’s a meticulously organized novel with effectively no plot and no characters, set against a composition by Johann Sebastian Bach. It reorders historical benchmarks and literary standards, sometimes linking them in the same paragraph or even the same sentence, creating a sort of surreal continuity. Multicolored fonts, different typefaces, mathematical equations, photos, and illustrations pepper the pages. Chapters aren’t delineated by names or numbers, but symbols. The index identifies them, aptly, A through Z.

Cadenzas is not a long read. As Kuo points out in the text, “A reader does not have to take a cruise to distant ports to find the time to finish reading this book.” But it’s not for the casual reader, either. It requires readers to work, to think, and⁠—if they don’t have strong literary backgrounds⁠—quite possibly to also do a little research in order to better understand Kuo’s latest exploration.