Lebo finished the final draft while working as the HEALWA outreach coordinator for Eastern Washington, based out of WSU Health Sciences Spokane. WSU Libraries aided in her research in the culinary, botanical, and historical uses of often overlooked or forgotten fruits.

What is difficult fruit? How do you define that term? What parameters did you use when deciding what fruit to include?

The definition of difficult fruit really evolved over the course of writing the book. The phrase came to me from having written books about pie. The sound of “difficult fruit” perked up my ears and made me think about the possibilities of what that could be.

Difficult fruit starts as simply as looking at a tree laden with apples or plums and craving all of them the way an animal craves sweetness, but also craving knowledge about what to do with these fruits. Of course, one of the best things you can do with fruit is wrap it in pastry and bake it at 400 degrees.

Another thing that spurred me to write the book was an encounter with a quince. In 2012, a friend in Seattle gave me a sack of quince from her aunt’s front yard. I had been in the habit of saying yes any time someone offered me fruit. These quince were so beautiful and smelled so good, but any dummy who would bite into one would know they are incredibly hard and incredibly sour and incredibly astringent. It felt like it sucked all the water out of my mouth. I felt betrayed, betrayed by my expectation that the fruit was going to be as sweet as it smelled. It really was a moment that opened my eyes to all of the fruits that I didn’t know existed because I had allowed my senses to be shaped by the grocery store, where the fruits are sweet and palatable—or nominally palatable—and can be shipped. Quince defied my expectations and shocked me. To me, that was difficult fruit.

What makes a fruit difficult is different in every chapter. The difficulty might be the taste. Aronia is difficult to stomach but the taste is associated with healing properties, the idea being the worse it tastes the better it is for you. Blackberry is not a difficult fruit. But the Himalaya blackberry is invasive, almost impossible to kill. Cherries led me to the central tension in the book: how something that nurtures can also harm.

We think of cherries as this high fruit of summer. They’re sweet. We eat them right off the tree. But inside is a kernel that contains both almond flavoring and cyanide. The sweet flavor exists with the poison perfectly in this fruit. That really called my attention to the way that we define risk in what we eat. It’s often an individual choice, but it’s also culturally determined. Why not crack this pit open and understand its possibility?

How many fruits didn’t make it?

Lychee and yeast, which isn’t a fruit. I didn’t do noir comma pinot, like I was going to do. And I wanted to do oysters—they’re fruit of the sea, maybe?—and King Bolete mushrooms, and they just didn’t make it.

What is the most difficult fruit?

If you define it according to the arduous process needed to make it delicious, medlar would be the most difficult fruit. There’s no such thing as fresh medlar. You have to eat it when it’s partially rotten. It took me probably fifteen different tries to make something with medlar. You boil them down, strain them out, add sugar, then boil that down—and the flavor is out of this world. Medlar is also really difficult to find. You basically have to grow it yourself or know someone who does. I have a friend in Seattle who has a friend who has a tree.

Then, there’s some fruit that only grows in a particular place, like huckleberries.

Throughout the entire process of writing this book, I was coming into a different understanding of what difficulty is, and it stretched the bounds of what I’m calling fruit. It’s about setting up expectations, fulfilling expectations, and messing with them.

Let’s talk, too, about the difficulty of recipe testing and development when you’re using notoriously difficult ingredients. What was that process like for this book? What were some of the most difficult recipes to nail down?

This is part of why the book was late. I was asking to only do one recipe per chapter because the reality of the task I set myself to—two recipes per chapter—was really weighing on me. It was like writing two books in one. You could separate them out. That’s how the audiobook will be: just the essays, with a PDF of just the recipes.

What’s so cool about a recipe is it’s commanding. It compels the reader to do something physical. You read a line, then go and chop something, then come back and read another line, and go and mix something. You keep coming back. It’s a different kind of reading experience. You need to extract that information to complete the next step.

How did the idea come about for the framework, structuring it alphabetically, one essay per letter A to Z?

Encyclopedias and reference books like Larousse Gastronomique go from A to Z and give you a feeling of containing everything, but they don’t. They’re biased and limited, and I wanted to play with that. Each chapter focuses on a fruit that starts with a different letter of the alphabet. I just started plugging in fruits according to what sparked something for me.

Without limits, I don’t even know where to start. Limits—having that strict form—really gave me the freedom to see where everything led. The book is not chronological. It’s not really narrative, though there are narratives in it. I see the structure more as a web or a net, with the essays and recipes connecting over all points of the books. Because of the form, every time I wrote a new chapter I got to start over. In that way. it’s kind of like writing a poem. At the same time, every time I had to start over was kind of an oh-shit moment.

Talk about dandelion root coffee. Is it good? Would you make it again? What does it taste like?

I found it to be a giant pain in the ass and probably would not do it again with my own dandelions. The roots of my dandelions are tiny compared to the stems and flowers. I would get buckets of flowers and have maybe two cups of roots. The coffee itself, I think, is an acquired taste, and I haven’t done the work to acquire that taste. It’s fairly bitter. But there is a brand of dandelion tea that I love. It’s Organic Dandelion SuperHerb Tea from Republic of Tea. I drink that often.

How long did you work on the book? Did pandemic affect publication plans? And promotion plans? How do you promote a book in a pandemic?

I’ve been writing this book since 2013, but I didn’t really lock in the voice for it until 2016. This book is 18 months late. It was supposed to come out fall 2019. It wasn’t delayed because of COVID. It was delayed because of me. I needed more time. The level of the research I was doing was much more than I intended on doing, and I used the skills I learned while working at WSU. In my role as the HEALWA outreach coordinator I learned how to use WSU’s research and libraries and became a much better researcher. It benefited me so much to have access to WSU libraries.

You know from Pie and Whiskey—the event and the book—that (my husband) Sam (Ligon) and I love to throw a party, and we were bummed we were not able to do that in our regular style. But you’ve got to roll with it. I have some virtual readings planned, and there was an online launch party April 5.

What’s next? What writing are you working on now? Do you have another book-length project in the works?

I’m writing a lot of little essays right now on subjects I was thinking about while I was working on the book. I just wrote a piece on mold and blue cheese that was inspired by my apprenticeship with Lora Lea Misterly. I would love to write more on the things she’s teaching me. I’m also working on a book project that I put down while I was writing Difficult Fruit on listening through hearing loss called The Loudproof Room. 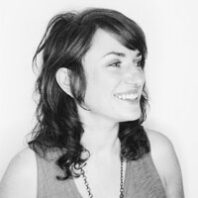