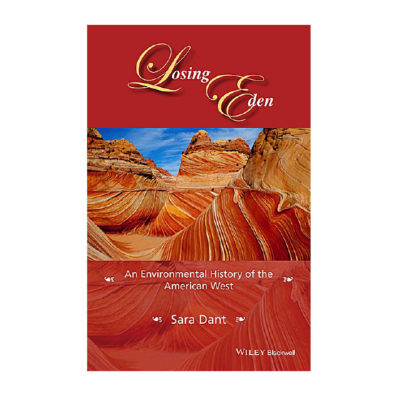 The 1893 World’s Columbian Exposition welcomed millions of people to Chicago to celebrate the rise of industrial America, the 400th anniversary of Columbus’ arrival on the continent, and the romanticization of the “frontier” West. Historian Frederick Jackson Turner presented his thesis that the western advance into a wild and savage frontier defined the American spirit, and … END_OF_DOCUMENT_TOKEN_TO_BE_REPLACED

A glimpse into the life and times of American journalist and Indiana favorite son Ernie Pyle, as seen through an extensive collection of Pyle’s folksy newspaper columns stretching from his student days in 1921 until his death by sniper fire during the Battle of Okinawa in 1945.

The homespun Hoosier, as Pyle was known, grew up in small-town … END_OF_DOCUMENT_TOKEN_TO_BE_REPLACED

Clara Tennant Selhameten was born the daughter of Lummi tribal leader in what became Whatcom County, and eventually married John Tennant, the son of a famous Methodist minister around 1859. Tennant established the first permanent farm in the region, on Lummi land. In later years, she and John traveled as missionaries and built many churches. It was clear that the couple were true partners in both spiritual … END_OF_DOCUMENT_TOKEN_TO_BE_REPLACED

Throughout the compelling stories and personal experiences shared by Jim Cook, a retired research plant pathologist with the U.S. Department of Agriculture’s Agricultural Research Service and emeritus professor of plant pathology at Washington State University, readers can find practical crop management techniques and other beneficial information that can be used in the field and the lab. Cook also chronicles many of his insightful experiences—and imparts his philosophy, wisdom, and practical guidance.

Living on the Edge: Adventures of a Hunter

There was little surprise when the Japanese military police arrested and imprisoned a number of British and U.S. citizens on their soil after the 1941 attack on Pearl Harbor. Some, like the Reverend Samuel Heaslett, were held and interrogated for a few months, then released and eventually sent back to North America. However, outside prison walls, Western … END_OF_DOCUMENT_TOKEN_TO_BE_REPLACED

One of the first environmental engineers at Hanford recalls his two decades of study of both the toxic soil and water at the nuclear site, and the wildlife and plants that thrive on the 586 square miles of central Washington desert. Adams helped determine the initial scope of the soil cleanup at Hanford, among other projects there. He shares his perspectives on leaking waste storage, the obsession with safety, and the paradoxical nature of a place that’s a sprawling wildlife refuge and one of the most complex environmental … END_OF_DOCUMENT_TOKEN_TO_BE_REPLACED 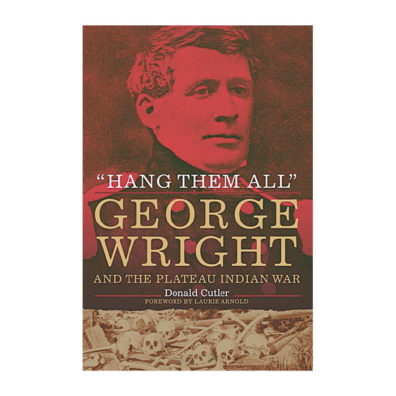 The cruelty of Wright’s tactics during the Plateau Indian War of 1858 are undeniable. He hanged 16 Indians, including some who had surrendered after being told … END_OF_DOCUMENT_TOKEN_TO_BE_REPLACED

The morning of Sunday, December 7, 1941 proved to be clear with just a few clouds scattered above the Hickam Field/Pearl Harbor area. It would be extremely hot by 4 p.m. in the afternoon, the time scheduled for our Sunday parade for that month. During breakfast the cadets sitting at my table were all discussing the parade, for the competition between companies would be keen this year. It meant a lot to me as I was assigned to lead my squad for the competition from my company. My classmate, Rowland Melim, and I were dining room orderlies for … END_OF_DOCUMENT_TOKEN_TO_BE_REPLACED

An exhibit at WSU Manuscripts, Archives, and Special Collections exploring the story of Issaquah businesswoman and tailor Lucy Stevenson, fashion, and history at the turn of the last century. Lucy opened her own hat and dressmaking business in 1894. Her great-granddaughter Loralyn Young donated the collection to WSU. Courtesy WSU Department of Apparel, Merchandising, Design, and Textiles. Read more in “A fitting business.”