In 1872 thirty young Chinese boys landed in San Francisco to begin a ten-year period of education in the colleges and technical institutions of the United States. These students and the others who followed them returned to their homeland as the first Chinese to receive an extensive education in Western technology and ideas.

“China’s First Hundred,” as they were called, built China’s first railroads, developed China’s mines, constructed a nationwide system of telegraph lines, became naval officers in an attempt to modernize China’s navy, and took a prominent part in the events leading to the Revolution of 1911.

The originator of the educational mission idea, Yung Wing, was first Chinese person to fully receive a Western education, graduating from Yale University in 1854. After many years of hard work and through disappointment, Yung finally established the program to send more Chinese men to the United States.

Although the mission was cancelled in 1881, the young Chinese men returned home and had a very influential role in China’s technological advancement around the beginning of the twentieth century.

Published originally by WSC in 1942, LaFargue’s book was an important work in field of Asian history, documenting the intriguing story of one of the most significant episodes in Chinese-American relations. Its relevance increased as social and economic contact restarted between China and the United States in the 1980s. WSU Press republished China’s First Hundred in 1987. 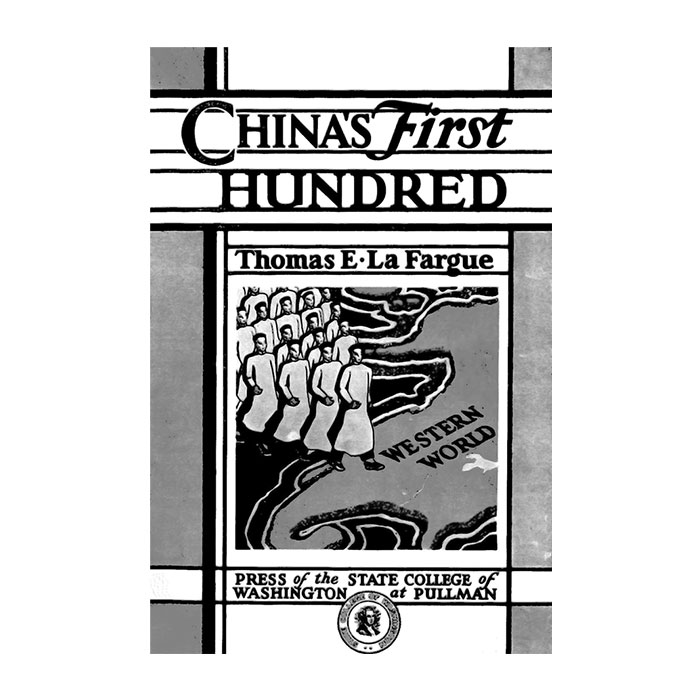 Thomas E. LaFargue was an assistant professor of history and politics at WSC when he wrote China’s First Hundred. Born in Torquary, England, in 1898, he became an American citizen and was associated with several major US universities. He received undergraduate and master’s degrees from the University of California Berkeley and a doctorate from Stanford University. LaFargue was a Rockefeller fellow and did postdoctoral work at Yale and Harvard. He was a visiting professor at Duke University and taught at the University of Oregon in 1946.

LaFargue visited China, Japan, and India extensively. In addition to China’s First Hundred, he wrote China and the World War in Hoover War Library Series and numerous articles in Asian studies journals. He died in 1968.

Photos, documents, and more about the China educational mission in the Thomas LaFargue Collection at WSU Manuscripts, Archives, and Special Collections