Leaning back against a wall mounted with a variety of ukuleles, Fred Kamaka begins the story of his family’s 100-year-old ukulele business for a tour group at the factory in Honolulu.

“To be cool in the ’20s, you needed to have a coonskin cap and a uke in hand,” he says, “So my father started making ukuleles.”

A spry 91-year-old, Fred sprinkles the history with dry jokes, and periodically pulls down one of the ukuleles to musically punctuate a point.

His father, professional musician Samuel Kamaka Sr., traveled to New York and Europe and learned the luthier’s art before he returned to Hawai‘i and began … END_OF_DOCUMENT_TOKEN_TO_BE_REPLACED

The morning of Sunday, December 7, 1941 proved to be clear with just a few clouds scattered above the Hickam Field/Pearl Harbor area. It would be extremely hot by 4 p.m. in the afternoon, the time scheduled for our Sunday parade for that month. During breakfast the cadets sitting at my table were all discussing the parade, for the competition between companies would be keen this year. It meant a lot to me as I was assigned to lead my squad for the competition from my company. My classmate, Rowland Melim, and I were dining room orderlies for … END_OF_DOCUMENT_TOKEN_TO_BE_REPLACED

Cori Kane calls it “underwater skydiving.” She’ll be out in the middle of the North Pacific, more than 1,000 miles from Honolulu and most anything else that might be called civilization. Flopping out of a perfectly good boat, she will rocket down nearly 300 feet in just a few minutes, encountering a strange and largely unexplored layer of ocean that’s less familiar to science than the deep sea. It’s the ecosystem of the mesophotic reefs, which lie at a depth often called the “Twilight Zone.”

“When you jump in, it’s like you’re transported to this other world,” says Kane. “There are fish everywhere. There are … END_OF_DOCUMENT_TOKEN_TO_BE_REPLACED 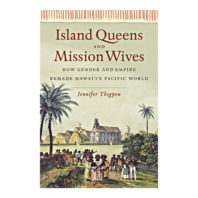 The missionaries’ relationship with the ruling families of Hawai‘i has long been the subject of study. But Thigpen, an associate … END_OF_DOCUMENT_TOKEN_TO_BE_REPLACED

The island of Hawaii, lest it be confused with the state of Hawaii, is often referred to as the Big Island. In fact, it is the biggest of the Hawaiian Islands. But in many ways, it is like a small town, as Brian Tissot has once again realized upon returning earlier this year.

On short notice, he has scheduled a talk in the Kealakehe High School Library in Kailua-Kona, the largest town on the island’s west coast, also known as West Hawaii. And in the days leading up to the talk, most everyone he meets has heard he will be speaking. Even an old acquaintance … END_OF_DOCUMENT_TOKEN_TO_BE_REPLACED