About 1,000 WSU alumni have served as Peace Corps volunteers since the 1960s. Here are just a few of their stories. 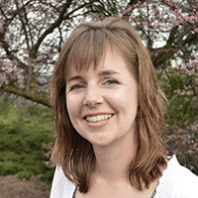 Zoë Campbell studied in Madagascar during college, earning a degree in biology. “I always wanted to be Jane Goodall,” she says.

She graduated in spring 2009, near the official end of the Great Recession, and wasn’t finding work she was completely passionate about. So, “It seemed like a good time to go and have a bit … END_OF_DOCUMENT_TOKEN_TO_BE_REPLACED

Many college students balance a full load of classes and activities, but it’s pretty rare to juggle all that plus the crown of Miss Washington 2016. Alicia Cooper, a senior at Washington State University Vancouver, works as a real estate broker as she studies personnel psychology and human resources—and she was third runner-up for Miss America in 2016 after winning the Miss Washington competition.

Cooper credits her grandmother with inspiring her. When she passed away after a 13-year battle with breast cancer, “I realized how significantly she impacted every person who knew her,” says Cooper. She took her grandmother’s lessons to heart, volunteering as … END_OF_DOCUMENT_TOKEN_TO_BE_REPLACED

Hundreds of eager WSU seniors prepare to leave Pullman each spring after graduation. Some might be headed to new jobs or internships. Others will go to graduate school, the military, or the Peace Corps. Whatever the destination, almost all those Cougs have a common need: sturdy boxes.

As they pack their crimson sweatshirts, posters, and books, the graduating students will carry away another reminder of their college days: free WSU-themed packing boxes.

And they can thank Dave Wilson ’86 for his volunteer efforts in arranging delivery of about 1,500 of those boxes for the last eight years.

“The way the box is designed you don’t … END_OF_DOCUMENT_TOKEN_TO_BE_REPLACED

Organizing a trip to a Major League Soccer game for 100 people could intimidate anyone. Not to mention a community garden, a networking meeting for young alumni, or even a WSU football viewing party. Fortunately, there’s an engine that drives the Cougar nation and its events: volunteers.

Ashley MacMillan ’05, president of the Oregon Chapter of the WSU Alumni Association, has seen that engine work. “We have so many people here who are passionate about being involved with other Cougs, we’ve been able to diversify our events,” she says.

That includes the hottest sports ticket in Portland: MLS soccer team the Timbers, which is one … END_OF_DOCUMENT_TOKEN_TO_BE_REPLACED

Sweat trickled down his face as Mark Paxton ’76 threaded the surgical needle through the roof of his patient’s open mouth. In 95-degree heat and no air conditioning, the doctors in the Guatemalan operating room used white cloths to wipe away the moisture.

The oral surgeon put down his tools and stepped back. After 23 years of performing cleft lip and palate surgeries on medical mission trips to Zacapa, Guatemala, he has grown used to the intense and muggy conditions.

His 10-day trip with a group of about 100 Washington State University students and volunteers last March focused on construction, providing general medical and … END_OF_DOCUMENT_TOKEN_TO_BE_REPLACED

Last fall in Vancouver, with the voter registration deadline looming, Dan Ogden ’44 wasn’t about to be held up by Parkinson’s disease or two artificial hips.

He pushed his walker around his new apartment complex and through a recently completed cul-de-sac to make sure his neighbors could take part in the November general election. At his side was Val Ogden ’46, his partner in Democratic Party politics and wife of 66 years. She was spry enough to negotiate steps and stairways to ring doorbells beyond her husband’s reach.

The Alumni Achievement Award was created by the WSU Alumni Association in 1970 to honor those who have made significant contributions to their professions, their communities, the world, and WSU. Of the nearly quarter of million people who have attended WSC/WSU since 1890, fewer than 600 have received this prestigious award. We salute the following Cougars who were recognized with the Alumni Achievement Award over the past year and thank them for the prestige they bring to their alma mater:

Quivering all over, a dirty yellow and white puppy with a large potbelly whimpers as a veterinarian injects it with saline fluids. The puppy is severely dehydrated and disoriented, unable to stand up on its own.

Chancho, as the veterinarians name him because of his pig-like round belly, initially had a grave prognosis. Found wandering along the street, and visibly weak with parasites and tremors, he did not have long to live.

The puppy spends the night on intravenous fluids and medication. When the veterinarians return the next morning, his condition has improved. By the following day, they are confident he will survive.