Betsy Burlingame dries them, pickles them, stuffs them, makes marmalade with them—and more.

The avid WSU Clallam County Master Gardener loves peppers for their flavor-packed punch and has been growing her own in her Sequim greenhouse for years.

Here, she shares some of her go-to pepper recipes.

Whether you forage them yourself or find them at the farmer’s market, wild spring greens pack a nutritious—and flavorful—punch.

Here are a few recipes to go wild for: 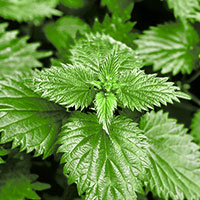 Croatian blitva, traditional and hearty peasant fare from the Dalmatian Coast, is traditionally made with Swiss chard and potatoes, garlic and olive oil. Why not try subbing one leafy green for another? Try this recipe with nettles. And, for extra flavor, … END_OF_DOCUMENT_TOKEN_TO_BE_REPLACED

Spring 2020
Book review of Bread Lab! by Kim Binczewski and Bethany Econopouly » More ...
Spring 2019
Hot, golden, and lightly salted, French fries have appeared on the menu at White House state dinners, they are a staple at diners and drive-ins, and a former first lady even ordered some on a visit to Buckingham Palace. From the palace to taste tests in Pullman, the beloved French fry knows few bounds. » More ...
Fall 2018

Their children, the second generation born free, took the advice to heart, attending college and becoming teachers and professionals. One of them, … END_OF_DOCUMENT_TOKEN_TO_BE_REPLACED

Old assumptions about human breast milk are giving way to new thinking about microbes in milk and their role in children’s health and our immune systems.

It happened again, most recently at a conference in Prague. After she gave her talk, a scientist came up to Shelley McGuire, a pioneer exploring the microbial communities found in human breast milk, and told her, You don’t know how to take a sample. Your samples must have been contaminated. Human milk is sterile.

McGuire, a professor of human nutrition at Washington State University, knows differently: She’s seen the microbes with her own eyes. But she understands … END_OF_DOCUMENT_TOKEN_TO_BE_REPLACED

Someone forgot about the fruit salad. When the refrigerator door opens, the sickly sweet aroma delivers a potent reminder. All the rotting apples, pears, and bananas in the bowl will need to be thrown out, and hopefully composted. It may seem insignificant, but that fruit salad represents a piece of the 40 percent of food wasted in the United States, about 20 pounds per person each month.

In recent years, food waste in this country and many other places around the world has grown not only in volume, but also in the collective consciousness. The numbers are staggering. Americans throw away an estimated $165 billion … END_OF_DOCUMENT_TOKEN_TO_BE_REPLACED

There are a variety of ways to reduce food waste at home, which can save you money, help the environment, and possibly feed people who need it.

Stop waste at the source

Assess food purchasing and preparation in your business or home to reduce the volume of food waste that is generated.

Make a list with meals in mind.
Buy only what you expect to use.
Keep fruits and vegetables fresh.
Prep perishables sooner rather than later.
Eat what needs eating first.
Treat expiration and sell-by dates as guidelines.
Save … END_OF_DOCUMENT_TOKEN_TO_BE_REPLACED

Fall 2015
Dr. Universe visits the wheat quality lab to learn about the properties of flour. » More ...