In this artist’s talk from the Jordan Schnitzer Museum of Art WSU, Tokyo-born, Seattle-based artist Etsuko Ichikawa discusses the creative motivations and processes that brought about Etsuko Ichikawa: Broken Poems of Fireflies, an immersive installation commissioned by the museum.

A moderated Q&A follows the talk.

Floating, glowing letters greet a group of high school seniors as the doors slide open: “Welcome to the Hanford History Museum, Class of 2035!” Inside, some students check out relics from 95 years back, such as a long radiation detector nicknamed “Snoopy,” lead-lined glove boxes for handling radioactive material, a soundproofed phone booth with numbers still scrawled in pencil. Others read posters telling stories of people who worked on the Hanford site in World War II or the Cold War.

The entire back wall flickers to life in a giant video, beginning with a wide view of the building at the entrance to the Manhattan … END_OF_DOCUMENT_TOKEN_TO_BE_REPLACED

Near Vernita Bridge—where the Columbia River flows eastward on the “Hanford Reach,” and the Department of Energy signs forbid all access—and say:

Arid Lands Ecology Reserve
All Plants and Animals Protected
U.S. Atomic Energy Commission
Ask the sagebrush now to tell
What the river carried
In its waters to the sea.
Ask the river or the sun
What strange things were here begun,
What they all could well
Reveal, having witnessed what was done.
Here the mighty river’s run
On its westward journey to the sea,
Reaches toward the rising sun…
… END_OF_DOCUMENT_TOKEN_TO_BE_REPLACED

“When President Franklin D. Roosevelt gave the go-ahead for the Manhattan Project, he set in motion an extraordinary collaboration amongst scientists and the military to develop an atomic bomb, driven by fears of Hitler’s creating one first. Whether or not the eventual dropping of the bombs on Japan was necessary to end the war in the Pacific will probably never be resolved. But the bomb undoubtedly changed the world, as well as the cultural, historical, and physical landscape of southeastern Washington.”

—From “The Atomic Landscape,” by Tim Steury

Take a photographic journey through the history of Hanford below. Images and much of … END_OF_DOCUMENT_TOKEN_TO_BE_REPLACED

Works considered in this article:

Made in Hanford: The Bomb that Changed the World
Hill Williams
Washington State University Press 2011 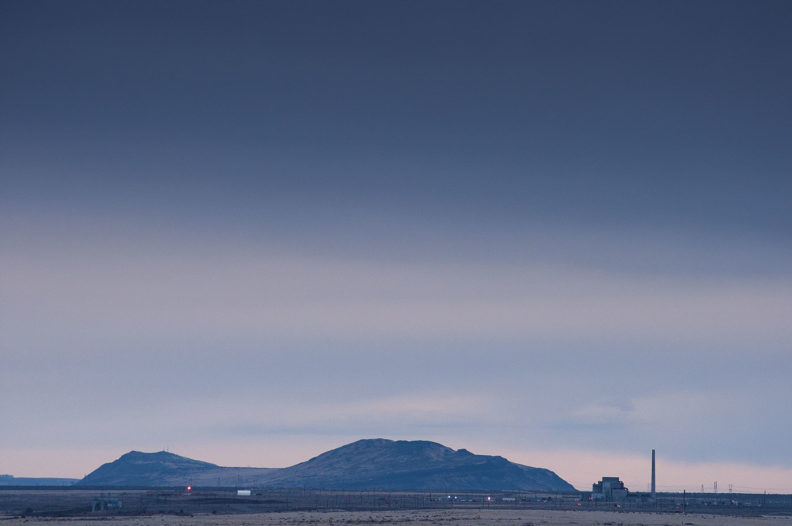 Reactor B From State Route 24 east of Vernita … END_OF_DOCUMENT_TOKEN_TO_BE_REPLACED

Particles moving faster than the speed of light. Elements transmuted from one to another. A million watts of power. Hands-on practice controlling a nuclear reactor.

These are some of the selling points of Chemistry 490, a specialized elective class offered by Donald Wall, director of WSU’s Nuclear Radiation Center, which houses the university’s research and teaching nuclear reactor. The course, which has been filled to capacity both times it’s been taught, gives students of all backgrounds a chance to learn enough about nuclear reactors to pass the formidable exam to become a federally licensed nuclear Reactor Operator (RO).

“While it is devastating to see the impact of the Chornobyl accident—both economically and socially—international nuclear safety has advanced significantly because of this incident.” — Susan Senner

Teams of communications professionals at the Hanford Site in Richland, Washington, juggled shifts to respond to hoards of news media calls in April 1986 about a catastrophic accident at the Chornobyl nuclear power plant in Ukraine. Susan McKenna Senner worked with this group, responding to questions about Hanford’s N-Reactor, which had some design similarities to the ill-fated Chornobyl plant. The Hanford crew manned phones and provided reassurance that multiple safety systems in place at N-Reactor would prevent such … END_OF_DOCUMENT_TOKEN_TO_BE_REPLACED

If you’ve ever driven State Road 24 from Othello to Yakima, you may have glanced across the Columbia as you neared the Vernita Bridge and noticed the B Reactor. There it sits across the river, stark, intriguing, and mysterious against the shrub-steppe Hanford Reservation. But that’s probably as close as you’re going to get. Public access is limited, possible only through special arrangement with the Department of Energy.

Cowan adopted the B Reactor as his architectural thesis project and has never let go of his idea. Now an architect with the Portland firm Yost Grube Hall, Cowan … END_OF_DOCUMENT_TOKEN_TO_BE_REPLACED