END_OF_DOCUMENT_TOKEN_TO_BE_REPLACED

Cosmology, the science of the universe, has seen a renaissance in recent decades. This textbook by … END_OF_DOCUMENT_TOKEN_TO_BE_REPLACED

A haiku contest with a WSU theme

CONGRATULATIONS to the winners of the first Washington State Magazine HaiCoug contest, featuring haiku poems with a WSU theme. After reviewing almost 100 entries, we chose first, second, and third place HaiCougs based on how they evoked the WSU experience, followed the haiku structure, and presented a clever or thought provoking twist.

First place goes to Susan Picatti ’74 from Seattle. She wins a gift package from the Bookie.

Montaño worked for many years as a ceramic artist and jewelry designer, as well as teaching at Eastern Washington University, after graduating from WSU. As he … END_OF_DOCUMENT_TOKEN_TO_BE_REPLACED

the song of arable, or … END_OF_DOCUMENT_TOKEN_TO_BE_REPLACED

Her other poems speak of Spokane and rural roads, and music festivals and blues … END_OF_DOCUMENT_TOKEN_TO_BE_REPLACED

Washington’s Poet Laureate brings poetry to, and discovers it in, each of the state’s 39 counties

Although my parents lived in the same house in Richland, Washington—my hometown—for 50 years, they never stopped being proud, relentless Oregonians. But in 1989 Mother and Dad celebrated Washington’s centenary in a big way. They dreamed up one of those projects that makes sense to retired couples but bemuses their children: visiting and photographing all 39 Washington county courthouses. They were even written up in the Tri-City Herald for achieving their goal, and photographed paging through their album. A family friend rediscovered the newspaper clipping more than twenty years … END_OF_DOCUMENT_TOKEN_TO_BE_REPLACED 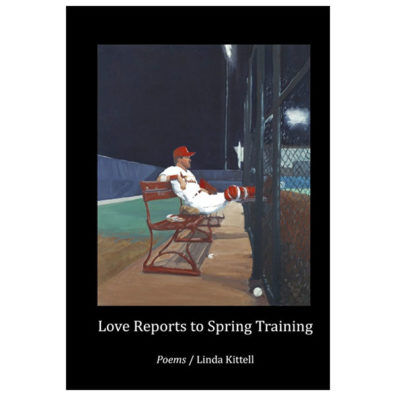 But baseball endures and permeates our culture, and even a non-fan can appreciate the sport’s dramatic interplay of quietude and adrenaline. In Love Reports to Spring Training, Linda Kittell exploits this richness through a deeply satisfying … END_OF_DOCUMENT_TOKEN_TO_BE_REPLACED

This small book of poetry plays on themes of reminiscence, travel, and the bliss of simple things like being a boy with a Racket Box full of fireworks. This collection of 42 poems won the 2011 X.J. Kennedy Poetry Prize.

In it McKean transports us to some lovely places. Fishing on the Sandy River, climbing up to the dome of St. Peter’s Basilica in Rome, floating on … END_OF_DOCUMENT_TOKEN_TO_BE_REPLACED