Rapid global cooling 13,000 years ago challenged early occupants of Alaska to adapt. People used to hunting mammoths and other megafauna with big stone tools suddenly found their weapons shattering in the cold. Access to the stone they used to make them got buried under snow.

As with any climactic change, the cold resulted in a shift in fauna, requiring new tools. Early Alaskans turned to microblade technology, a technique they’d kept alive for hundreds of years along with their dominant hunting tools. Microblades made efficient use of now-scarce toolstone and met the needs of a changing climate.

“Throughout the Holocene, the importance of microblade … END_OF_DOCUMENT_TOKEN_TO_BE_REPLACED

When an international archaeology team needed to understand how an ancient civilization cared for its horses, they turned to Scott Bender ’95, a veterinarian with the Navajo Nation in Arizona.

Bender will be the first to admit that his career didn’t turn out like he expected—in fact, unforeseen twists are among his favorite parts. This particular turn got him involved in a research project that has changed our understanding of a pivotal point in human history: the emergence of horse domestication for war and transportation.

More than 8,500 years ago, a group of people used a rock shelter at the confluence of the Palouse and Snake Rivers as a base camp. When rediscovered in the early 1950s, the shelter amazed scientists, including Washington State University archeologist Richard Daugherty, with its wealth of artifacts—and the age of its human remains. Named after the property owner at the time, the Marmes Rockshelter was soon inundated by waters from the recently closed Lower Monumental Dam on the Snake. Although a levee had been built by the Army Corps of Engineers to keep the shelter dry, the Corps neglected to take into account the … END_OF_DOCUMENT_TOKEN_TO_BE_REPLACED

Last August, shifting sands on a well-trafficked beach along Oahu’s west coast revealed 400-year-old carvings left behind by Hawaiian indigenous people. The 17 petroglyphs etched into the sandstone on Waianae Coast, and the stories they tell, had never been recorded. Without the right conditions, they may have remained hidden for years or centuries.

Archaeological sites like the one in Hawai‘i, or ancient buried pyramids and tombs in Egypt, open up their secrets when the conditions are right, but sometimes even plainly visible ruins hold mysteries. Mesa Verde’s astounding Cliff Palace and other Pueblo sites provide insight into the continent’s past civilizations to … END_OF_DOCUMENT_TOKEN_TO_BE_REPLACED

Yes, Mesa Verde is the richest archaeological preserve in America. A sanctuary of cliff dwellings. Petroglyphs. Thousands of sites holding clues to an ancient civilization. But is it too much to ask for better cell phone reception?

For two days, my wife and I meandered around the park and its environs, climbing with other tourists among the 40 rooms of Balcony House, visiting dozens of kivas—rooms for religious rituals—and walking among striped pieces of broken pottery, or “sherds,” that litter the place. But it wasn’t until we retreated to the park’s Spartan lodgings, also called kivas, that we could tap the wi-fi and fill our … END_OF_DOCUMENT_TOKEN_TO_BE_REPLACED 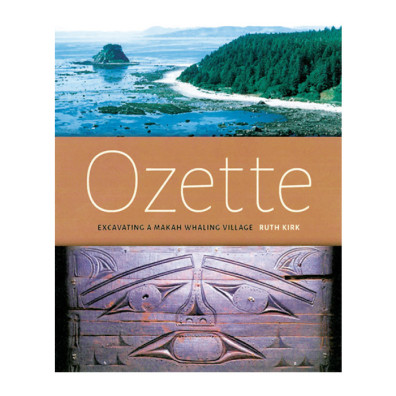 Although the professional literature is rich and extensive, not enough had been written for the public on the extraordinary archaeological exploration at Ozette, the ancient whaling village on the Olympic coast between Neah Bay and La Push. There is Hunters of the Whale, by Northwest chronicler Ruth Kirk, written for young readers in 1974 when the expedition was barely half finished. Archaeology in Washington, coauthored by Kirk and WSU … END_OF_DOCUMENT_TOKEN_TO_BE_REPLACED