Skip to main content Skip to navigation
Spring 2020
Washington State University engineering alumnus Jonathon Waldrip helped move a giant mural in Olympia. » More ...
Summer 2019
The director of the Office of the Chief Information Officer of Washington, Sue Langen, applies the lessons of history to some of the most crucial information technology projects in the state. » More ...
Summer 2012 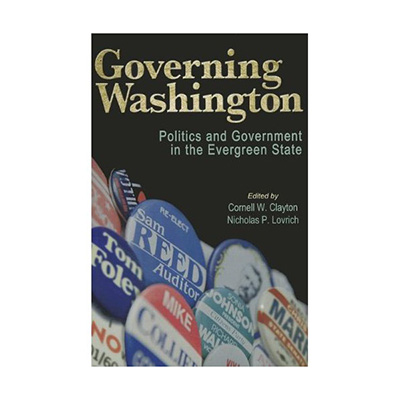 Washington state has its own distinct brand of democracy, growing from the early Populist and Progressive movements of the early twentieth century. This series of essays from leading scholars, journalists, and authorities on Washington’s government and politics delves into the unique facets of the state’s leaders, voters, and laws.

In 2009, Dan Newhouse ’77 was walking through the wings of the state House of Representatives when the governor’s chief of staff approached him with a surprising offer.

Newhouse was a four-term Republican representative from Sunnyside and floor leader for his caucus, so he didn’t expect to be asked to be director of the Washington State Department of Agriculture by a Democratic governor. “At the time, everyone knew there was a vacancy, but being from a different political party I didn’t think I would be considered for that position,” he says.

Soon after, Newhouse visited with Gov. Chris Gregoire about agriculture once. Then he … END_OF_DOCUMENT_TOKEN_TO_BE_REPLACED

When Arun Raha ’91 started work as the state of Washington’s chief economist three years ago, his new staffers welcomed him with a gift: an official Magic 8 Ball.

“I said ‘OK, great! Now I have a forecasting tool,’” he recalls.

If only it were that easy.

At 51, Raha is the E.F. Hutton of state government: When he talks, people listen. He speaks at more than 100 events a year, from universities to small-town chambers of commerce. His quarterly revenue forecasts are broadcast live on TV.

That’s because the forecast, once approved by a bipartisan council that Raha reports to, frames the state … END_OF_DOCUMENT_TOKEN_TO_BE_REPLACED

The Washington Secretary of State’s office and the Washington State Heritage Center presented an exhibit on Washington state’s first women in state government.

View the posters from the “Moving Forward, Looking Back” exhibit in the state capitol building.

Read Civility in Politics and Campaigns

Opinion articles written by students Sam Reed and Sam Hunt for the November 4, 1966 issue of WSU’s student newspaper the Daily Evergreen represent their opinions of that year’s national and state elections from the perspective of the WSU Young Republicans and the WSU Young Democrats. Sam Reed ’63, ’68 is now Washington’s Secretary of State, and Sam Hunt ’67 is a state representative for Olympia and surrounding areas. Read more about them in “Civility in Politics and Campaigns.”

You can also view the original page from the 1966 Daily Evergreen in PDF format. 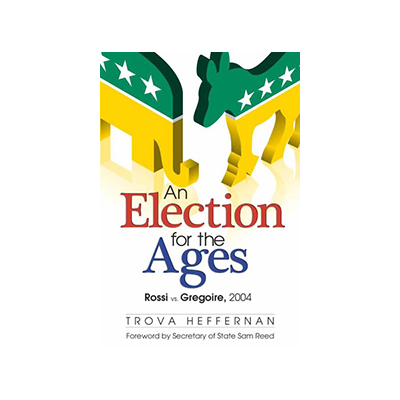 Every couple of years, we engage in the most basic of democratic activities: voting. Elections typically run smoothly and uneventfully. Sometimes they whip up a tornado of controversy, such as Washington’s whisker-thin gubernatorial election in 2004, following on the heels of Bush vs. Gore in 2000, with Florida’s hanging chads and legal wrangling.

Dino Rossi and Chris Gregoire faced off to be Washington’s next governor in 2004. After the ballot-counting … END_OF_DOCUMENT_TOKEN_TO_BE_REPLACED

Winter 2010
Washington Secretary of State Sam Reed '63, '68 is recognized by his smile and civility as well as his nonpartisan statesmanship. Fortunately, he is not entirely alone. » More ...
Summer 2007

Brian Schraum ditched school for several days in January. The 19-year-old Washington State University junior wasn’t playing hooky, though. He was testifying in Olympia on behalf of a free-press bill he inspired.

Schraum, a communication major, is trying to protect high school and college newspapers from censorship. House Bill 1307, which Schraum helped Rep. Dave Upthegrove (D-Des Moines) craft, would put the full weight of editorial decisions in the hands of the student editors. Even in high schools.

Last year, as editor of the Green River Community College newspaper, Schraum realized that while he had the freedom to print what he chose, that freedom wasn’t … END_OF_DOCUMENT_TOKEN_TO_BE_REPLACED