Where would the wood?…

I enjoyed the article “Wood Takes Wing” in the Winter 16 edition of Washington State Magazine on the many possibilities for wood as a new source of carbon molecules for all of those polymers we take for granted. Technologies that allow us to reduce burning of fossil fuels for energy recognize its highest value. The potential for atmospheric carbon reduction is a plus.

But there was an unasked question hanging behind the article—where will the timber come from to fill the old mills? The same environmental groups who just say no to transporting or burning fossil fuels also eagerly block … END_OF_DOCUMENT_TOKEN_TO_BE_REPLACED

There’s a lot of carbon in a tree. And it’s carbon already circulating through the biosphere, so moving it from tree to degradable product, and then back into the soil as it decomposes results in a zero sum carbon game. Compare that with petroleum, where “nodding donkeys” are constantly bringing anciently sequestered carbon back into circulation, and trees win, hands down.

Except for one hitch. A lot of that carbon is bound up in lignins. Chemists speak sternly of lignin, as if talking about a willful child. Lignin, they say, is a recalcitrant molecule. It’s really tough—and takes a lot of external activation energy—to liberate … END_OF_DOCUMENT_TOKEN_TO_BE_REPLACED

Bioproducts experts at Washington State University are unlocking the secrets of turning crops into jet fuel.

The most complex chemistry lab on the planet is growing in your neighborhood. There might be a tree in your own backyard, cranking out chemicals as it converts sunlight to food, wards off pests, and circulates water and nutrients through it roots, branches, and leaves.

So diverse is the chemical compendium produced by trees that we get aspirin (willow bark is a natural source of salicylic acid and has been used to treat pain since ancient times), the ink Leonardo used in his notebooks (from leaf galls produced by wasp larvae), and natural antibacterials (the fiber in cedar chips is used to make hospital gowns).

Few materials have been as kind to civilization as wood.

It made possible some of our most revolutionary technologies: the spear, fire, the wheel, the house, the ship. Hunting, cooking, shelter, transportation, all got big assists because wood was abundant, changeable, sturdy, and packed with energy.

WSU researchers are now trying to wring a whole new suite of uses from wood, including jet fuel and alternatives to other petroleum-based products. They have millions of tons of raw material at their disposal in logging residues across the Northwest. Leading the Northwest Advanced Renewables Alliance, a consortium of universities, government labs, and industry, they have $40 … END_OF_DOCUMENT_TOKEN_TO_BE_REPLACED

With just a whiff of irony, let’s sing a song of praise for gasoline.

A single gallon contains more than 30,000 calories. You wouldn’t want to drink it, but in straight-up energy terms, that’s enough to power a human for about two weeks. 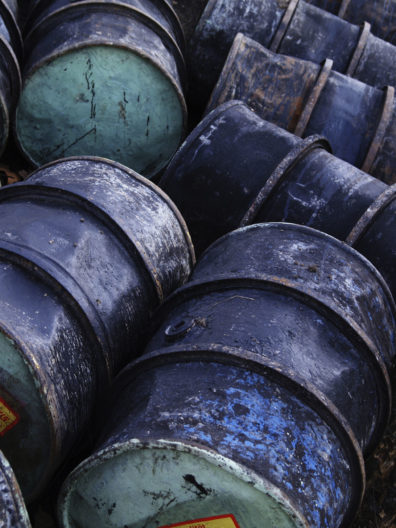 Gasoline is convenient, portable, and for the most part, cheap. For the purposes of this story, I used it to log more than 1,000 miles around Washington State and make appointments, easily, and always on … END_OF_DOCUMENT_TOKEN_TO_BE_REPLACED

Neff’s lab works on camelina, an oilseed used for lamps from the Iron Age that can grow on marginal farmland and not compete with food crops.

Neff shows how his work uses transgenic seeds to make camelina a better fuel crop, complete with rose-colored glasses and green LEDs to see which seeds have been changed.

Read more about Neff’s work in “Seeing red (and far-red).”

In 2007, the Washington State Legislature passed legislation “relating to providing for the means to encourage the use of cleaner energy.” The final of four chapters of the renewable energy act directed Washington State University to explore the development of biofuels in Washington. The final result, Biofuel Economics and Policy for Washington State, released in late 2008, does not quite match what some state policy makers had expected, notes lead author Jon Yoder, a natural resource economist at WSU.

In short, the report recommends that Washington not try to force itself into the current biofuel market. With what are considered “first-generation” biofuels, such as ethanol, … END_OF_DOCUMENT_TOKEN_TO_BE_REPLACED