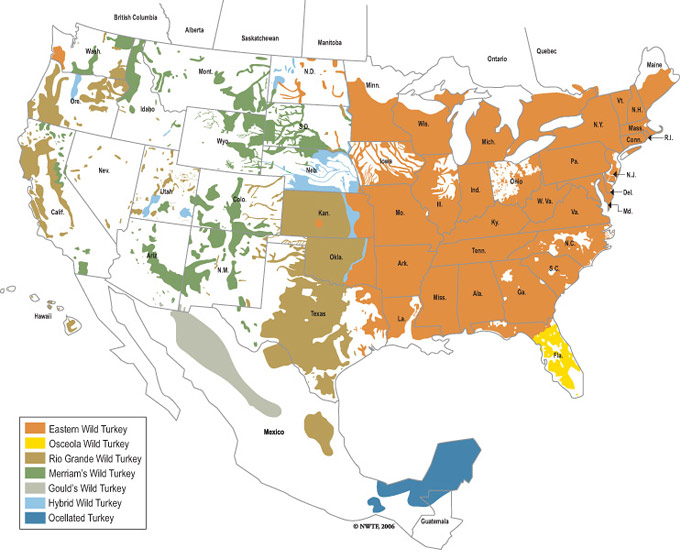 The Wild Turkey (Meleagris gallopavo) is native to North America and is the heaviest member of the Galliformes. It is one of two species of turkey, the other being the Ocellated Turkey (Meleagris ocellata) found in the Yucatán Peninsula in Central America.

Winter 2009
As you sit down to Thanksgiving dinner, you might like to know that turkey farming in North America has been around a lot longer than you thought. New genetic tools applied to a common turkey byproduct have given turkey afficionados a lot more to think about. » More ...