Funny, sexy, smart. If I only had three words in which to tell you about the pleasures of Allen Johnson’s Pardon My French, those’d be the ones.

Johnson spent a year in France with his wife, Nita, and Pardon My French relates their adventures in short vignettes arranged thematically.

One of the themes is that the French are not like us: They have their own special … END_OF_DOCUMENT_TOKEN_TO_BE_REPLACED

Nicole Braux Taflinger was only 13 when the Germans invaded France in 1940. She has published a memoir of her time growing up in Nancy, Lorraine, called Season of Suffering: Coming of Age in Occupied France, published by Washington State University Press in 2010. In it she recalls the severe shortages, collaboration, disappearances, and despair and hope of a teenage girl. After Nancy was liberated, Nicole met a dashing young American airman named Ancel Taflinger, General Patton’s personal pilot. They married and eventually settled in Pullman, Washington.

In this narrated slideshow, Nicole talks about some of her photos and her youth.

Nicole Braux (now Taflinger) was 13 years old when Germany invaded France in 1940. Years later, having survived the occupation with her mother, married an American airman, and moved to Pullman, she has written a lovely and moving memoir.

First written for her children, Season of Suffering: Coming of Age in Occupied France, 1940–45 (WSU Press) recalls the occupation of Nancy, the severe shortages, collaboration, disappearances, and despair and hope from the perspective of a teenage girl.

“The first week of the war ended my childhood,” she writes, “as if a fairy touched me with a magic wand.” 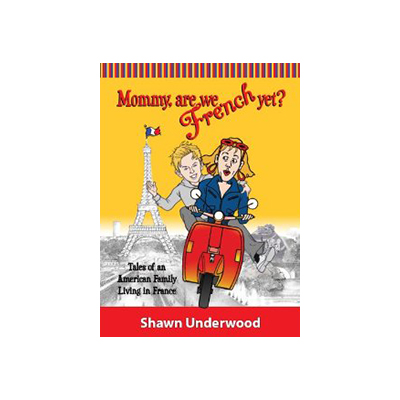 Don’t have enough money to travel to Europe? Sit down with this humorous memoir by Shawn Underwood and it’s easy to take an imaginary journey to France with Shawn and her family. Shawn and her husband Craig made the decision to live abroad in France for a year with their three children.  Shawn’s sister, Shannon, her husband Rick, and their three children also joined the Underwoods in their … END_OF_DOCUMENT_TOKEN_TO_BE_REPLACED

The 378-year-old vellum-paged book holds the memoirs of Marguerite de Valois, also known as Queen Margot. She was … END_OF_DOCUMENT_TOKEN_TO_BE_REPLACED

Winter 2008
A story about an expatriate—and about his wine. Provence is a world away from Bellevue, where Denis Gayte '97 grew up. And French winemaking is another world away from the public relations career he abandoned. So there he was, with his French heritage and a newly minted "young French winemaker" degree—but still referred to (and always affectionately) as l'Américain. » More ...