They call it Tangletown—a Seattle neighborhood where streets and trolley tracks intersect like wayward skeins of yarn. In the 1930s, local residents routinely chose the trolley for trips to work, the market, or hardware store. They did that several times a day and it involved a lot of walking, says Glen Duncan, professor in the Elson S. Floyd College of Medicine and chair of nutrition and exercise physiology at WSU Spokane.

Duncan lived in Green Lake near Tangletown for a time, and says public transportation systems like trollies provided a level of physical activity that is all but lost in today’s society.

“We’re completely dependent on the automobile for daily life,” he says. “Most people don’t give a second thought to hopping in the car for a half-mile drive, when they could easily walk that distance.” Duncan says the modern idea of physical activity—jogging, cycling, lifting weights—is greatly removed from our historical norm. It’s a mindset he wants to change.

Duncan is an advocate for walkable communities. “We need to fundamentally rethink the way we live and how we construct our built environment,” he says. Infrastructure in the United States has evolved around the automobile with busy streets and highways taking priority over walking paths and bike lanes. The result, Duncan says, is a society laden with sedentary citizens and high rates of chronic disease.

In contrast, a safe, well-lit community—with goods, services, and recreational opportunities located within walking distance from homes—promotes an active lifestyle. Traveling to the grocery, restaurant, or coffee shop on foot can benefit both physical and mental health.

Duncan says general physical activity is not the same as exercise, that very purposeful form of movement aimed at raising aerobic capacity or building muscle mass.

“In American society, we really have relegated our physical activity to leisure-time exercise,” he says. “When most people hear ‘physical activity,’ they think of the gym and sweating on the machines for 30 minutes.”

Since we rely so heavily on cars, elevators, and automated gadgets, the only thing left is that kind of dedicated exercise, he says. “And for the person who doesn’t have the time, resources, or inclination for the exercise piece, the default option is to be sedentary.”

It’s a perception Duncan challenges. “People say they can’t afford to buy equipment or don’t have time to go to the gym, when in fact, they really have ordinary physical activity at their disposal.”

Raking leaves, walking the dog, using a push mower, and taking the stairs can all improve health measures including aerobic fitness, a key factor for reducing all causes of disease and mortality, he says.

“And walking to your destination also reduces pollution, saves money on gas and car repair, and builds a sense of community. What could be better?”

Today, Duncan’s former Green Lake neighborhood ranks as one of the more walkable communities in Seattle, scoring a 79 on Walkscore, a website run by Redfin that ranks neighborhood walkability from “car dependent to walker’s paradise.” Green Lake is considered “very walkable and most errands can be accomplished on foot.”

In comparison, Pullman is car dependent with a 42 walk score. Spokane fares slightly better at 45—also car dependent. Tacoma averages 51—somewhat walkable. Richland comes in at 29 with most errands requiring a car. Check your community score at www.walkscore.com. 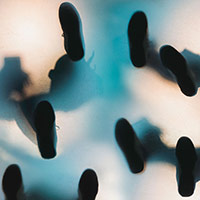 Ideas to improve cities and towns for walkers