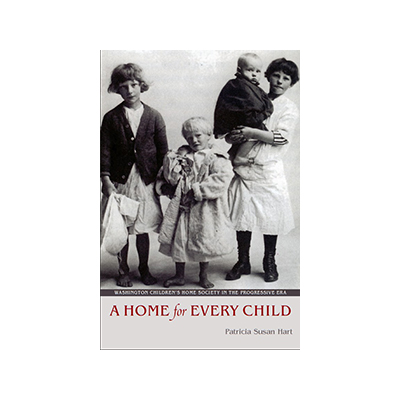 Patricia Susan Hart ’91 MA, ’97 PhD
Center for the Study of the Pacific Northwest with University of Washington, 2010

At the end of the 19th century, adoption became part of a broader movement to reform the orphanage and poor farm system in the United States. In her most recent book, Patricia Susan Hart, who teaches journalism and American studies at the University of Idaho, looks at the issue of child placement in Washington. The book started as an investigation of how adoption became part of child welfare reform a century ago.

The Washington Children’s Home Society was founded in 1896 with a mission to find homes for children who had no homes or families. Groups like this believed that children weren’t born to be poor or criminals, and that a good home would help an orphan become a solid member of the middle class.

Hart found a wealth of material in case histories preserved by the society and its successor. She uses a sampling from cases up to 1915 to show adoption from the participants’ perspectives.

Introducing the topic of child relinquishment, she describes the 1904 legal case of Ray Sansom, an eight-year-old whose family had given him to a vaudeville couple “who played before lewd women and dissipated men”, according to the WCHS newsletter.

On the other side, Hart found families who wanted to bring children into their homes. “We want a boy, one or three years old. I hope you will be very kind to us whenever you find one boy and send us word right away,” wrote one applicant in 1905. While some families would take any healthy child, Hart shows that others were very

This was a time of different pressures for dealing with homeless children. Social workers were trying to keep children with family members, charity and church-based institutions and orphanages were compelled to house and raise them, and then there was this new effort to place children with adoptive families.

By describing adoption stories and events that took place in Washington, Hart’s book sheds light on how the national attitude and approach toward adoption became what it is today.