A friend sent him the quote “probably five years ago,” and it really resonated.

It summed up his feelings for agricultural fairs, declaring they “bring us together, and thereby make us better acquainted, and better friends than we otherwise would be. … the chief use of agricultural fairs is to aid in improving the great calling of agriculture … to make mutual exchange of agricultural discovery, information and knowledge; so that, at the end, all may know everything which may have been known to but one…”

It’s an excerpt from a longer text, and if you talk with Greg Stewart (‘71 Ag.) long enough—and he reads you the quote rather than you getting to see the author attribution in the framed quote that hung in his office overlooking Yakima’s 120-acre State Fair Park—he’ll ask you to guess who said these words and when.

They hold true today, he says, some 163 years after they were first said aloud by none other than Abraham Lincoln, who was addressing the Agricultural Society of Wisconsin in 1859.

Washington State Magazine walked the fairgrounds with Stewart during his last Central Washington State Fair as president and general manager in 2019. The theme that year: “Endless fun.”

Here we get to learn more about him and the Yakima fair.

Fairs continuously aim to keep up with the times while staying true to their agricultural roots. “We try to stay relevant and offer new and exciting things. Over the years, we have added features that people don’t normally see. We have reptiles on exhibit. We have a ‘bug-ology’ exhibit. We have instructional classes on horsemanship. We have a building that is designated for toddlers with a straw maze, barrels with a saddle, and a play veterinary office. It’s all designed to appeal to young kids. We have a STEM display—science, technology, engineering, and math—with robotics and a 3D printer. We have pig races and camel rides. There’s a polar bear feature right next to our petting zoo. We now sell beer and wine at the fair; when I got here you wouldn’t have even thought of doing that. It’s all reflective of trying to stay relevant so people come out here and are entertained but also learn about importance of agriculture. We have a sign in our agriculture building that explains once you sit down at the dinner table you become part of agriculture. We try to tell the story of agriculture not only from a historical perspective but also the future of ag. People want to see cattle. They want to see pigs and chickens. Every afternoon people stand behind the milking cow demonstration and watch the facial expressions on the kids when the first squirt of milk comes out. That’s part of the education.” 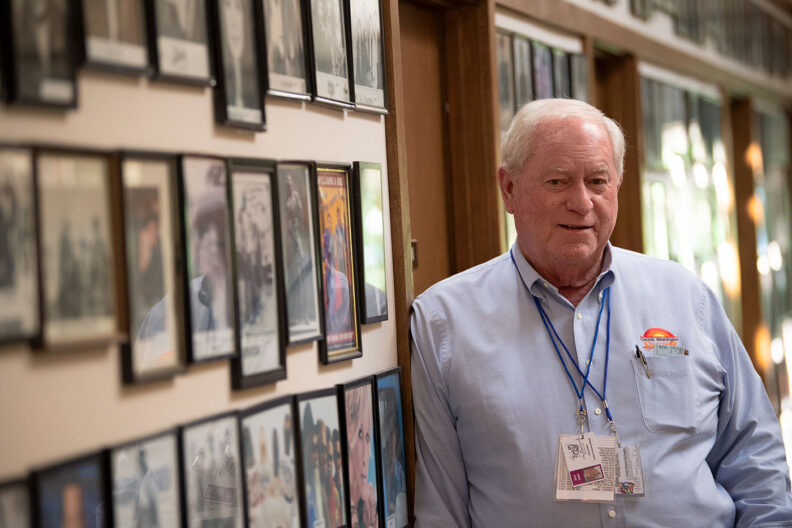 Nonprofits depend on the fair for fundraisers. “We have 30-plus nonprofit groups selling everything from raffle tickets to beef sandwiches. They money all goes back into the community through these various groups.”

People take fair food pretty seriously. “They know where their favorite food stand is. If we move a stand to another location in the fairgrounds, people get upset.”

Folks find their friends at the fair. “A big thing that keeps people coming to the fair is that they see people they haven’t seen since the fair last year. It’s fun to see people ride the Sundola across the fairgrounds and call to people they know on the ground and watch them wave at each other.”

Fun for everyone. “We have entertainment that’s geared toward everyone age 8 to 88.”

The fun doesn’t end on the final day of the fair. “We have over 300 days of events on these grounds. We’re busy year-round. And we generate more hotel rooms than anybody else in our city. We are a great economic impact to our area, creating jobs and tax revenues. We’ve had Cher. We’ve had Elton John. We’ve had high school basketball and volleyball finals. The events keep going and going. We are unique in the fact that we have a domed arena. No other fairgrounds in the state has one. We also have a baseball stadium. We have diversified ourselves to handle other activities and events for the community. That’s not to say other fairgrounds aren’t staying active. But we’re a completely different operation.”

Looking back on five decades of fairs, Stewart says, “We’ve had a lot of good ones.” 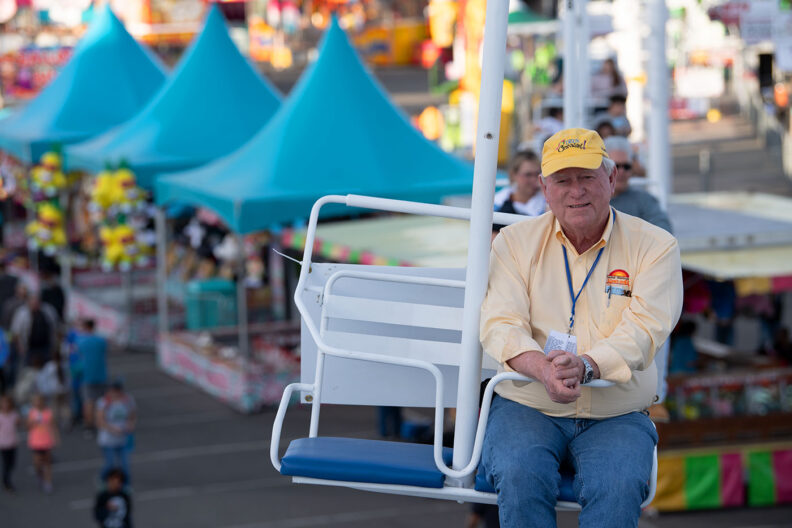