Deep in the bowels of a large brick building on the WSU campus is a laboratory guarded by red flashing lights and warning signs. A tiny window in the door offers glimpses of stainless steel machinery while a low pulsating hum emanates through thick concrete walls.

Positrons are a type of antimatter. For every proton, neutron, or electron spinning within an atom there is a particle of opposite charge—its antiparticle. Positrons … END_OF_DOCUMENT_TOKEN_TO_BE_REPLACED

The WSU Energy Program has a leadership role in the Washington Wind Working Group, a coordinated effort to plan for large wind systems in Washington state. This participation is integral in determining the industry’s future.

One of the program’s specific tasks is in the development of detailed wind maps for the region. This effort, known as The Northwestern U.S. Wind Mapping Project, updates data and mapping methods to accurately reflect the Northwests wind resources.

Other links to resources pertinent … END_OF_DOCUMENT_TOKEN_TO_BE_REPLACED

The Palouse Piezoelectric Power (P3) engine is three millimeters wide, three millimeters long, and 100 microns thick, making it the world’s smallest engine. Just over 6,447 engines placed side by side would cover a page of this magazine, and each engine would be no thicker than the page on which it rested. The Washington State University researchers who created it believe the P3 has the potential to one day replace the batteries that power electric devices.

To operate, the P3 needs only an external heat source, such as   a burning fuel, the sun, a wood stove, waste heat from electronics, or even body heat. The … END_OF_DOCUMENT_TOKEN_TO_BE_REPLACED

A group of students from the School of Architecture and Construction Management at Washington State University will compete in the U.S. Department of Energy’s Solar Decathlon. Over the next two years, the students will design and construct a small, energy-independent home as their entry.

Sponsored by the National Renewable Energy Laboratory, the competition gives students two years to plan and build a 500- to 800-square-foot house that receives all of its energy needs from the sun. The competition aims to increase public awareness of solar energy and inspire innovative solutions in ecological design. As part of the competition, students have to provide a home with … END_OF_DOCUMENT_TOKEN_TO_BE_REPLACED

Maybe it’s their nondescript building, one of a row of identical structures just off of Plum Street on the way into Olympia. Or maybe it’s their curious history, once a government entity, then oddly tossed to the budget dogs by an otherwise environmentalist governor. Maybe it’s the fact that it’s with Washington State University Extension, but doesn’t really cost us anything. Or maybe it’s all those 800 numbers connecting it to the outside world. And then again, maybe it was just me.

I’ve got to admit, I just didn’t understand the WSU Energy Program until I stopped in for a visit late last summer. Not … END_OF_DOCUMENT_TOKEN_TO_BE_REPLACED 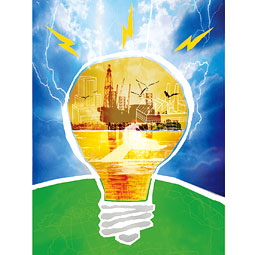