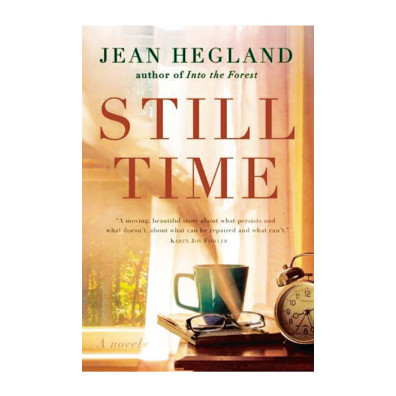 Still Time, a new novel by Jean Hegland, explores dementia through the eyes of aging Shakespearean scholar John Wilson. Unsettled by life in a residential care facility and a surprise visit from his estranged daughter, Wilson finds solace and structure in the plays and poetry that so captivated his life.

Hegland, who shares poetry at a memory care center near her home in California, says she was inspired by … END_OF_DOCUMENT_TOKEN_TO_BE_REPLACED

On-going research at Washington State University is exploring how homes can be built or retrofitted to make living a little bit easier. With the work of AI Lab Manager James Kusznir, doctoral student Aaron Crandall and other faculty and students, WSU’s Smart Apartment is exploring the practical applications of how to help elderly people stay in their homes, and to create more efficient living spaces.

Using technology to address the challenges of aging … END_OF_DOCUMENT_TOKEN_TO_BE_REPLACED

With memory notebooks and smart apartments that use motion technology to  track their residents' daily behaviors, WSU neuropsychologists are exploring ways to  help patients and their families cope with age-related memory loss. Meanwhile, two  scientists have discovered a means to restore neural connectivity.

We used to believe, says neuropsychologist Maureen Schmitter-Edgecombe, that if a person lived long enough, he or she would develop dementia.

Now we know better, she says. Whether caused by Alzheimer’s or other disease, dementia is not a normal aging process. Many people, such as G. Roger Spencer and colleagues pictured here, remain completely alert and engaged well into their 80s and 90s and older.

According to the Alzheimer’s Association, the chance of someone over 85 having the disease is nearly 50 percent. Other dementia-causing diseases raise that risk even higher. So what is it that enables someone to escape the dementia odds?