Set in Seattle, San Francisco, Chicago, and New York, The Cayton Legacy chronicles the evolution of a remarkable African American family. From the Civil War to the present, generations of the Horace and Susie Cayton family helped illuminate the black and white experience and the troubled course of race relations in the United States.

The Caytons sought to define themselves in relation to their family traditions and to society as a whole. In the process, the distinguished family attained financial success and influence, both regionally and nationally. Family members published newspapers, wrote books, and were elected to public office. They worked for civil and human … END_OF_DOCUMENT_TOKEN_TO_BE_REPLACED 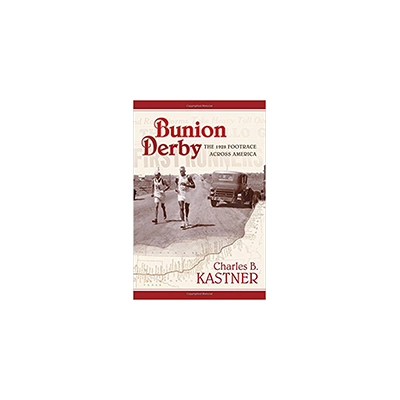 For generations, the 1920s have provided fodder for authors. The super-hyped sensationalism of those ballyhooed years seems a bottomless pool of entertaining topics. The decade of Lindbergh, Valentino, Capone, and Ruth, of flappers, Mah Jong, crossword puzzles, and marathon dances, also produced the Bunion Derby, a marathon footrace across America. It is to his credit that Seattle author Charles Kastner (’81 M.A. History) not only … END_OF_DOCUMENT_TOKEN_TO_BE_REPLACED

In Domesticating the West, Brenda K. Jackson ’02, a Washington State University history Ph.D., explores the settlement of the West by the 19th-century middle class. Specifically, Jackson presents a dual biography of Thomas and Elizabeth Tannatt, middle-class migrants from Massachusetts to Washington Territory in the late 1800s. Jackson begins her book by examining the middle-class backgrounds of the Tannatts and their experiences prior to and during the Civil War. Jackson effectively demonstrates that both Thomas and Elizabeth grew up solidly middle class, in terms of relative wealth, status, and privilege, though Thomas’s situation was a bit more precarious. As a result, Jackson argues, “throughout his … END_OF_DOCUMENT_TOKEN_TO_BE_REPLACED

Good conversation should bring about a transcendental melding of minds and dissolve class and ideological differences.

The funniest things Washington State University historian Steve Kale ran across in researching his latest book were the accounts of how much early 19th-century French women hated going to England. For England was much like the provinces. In other words, it was not Paris.

On social occasions, English men and women would eat dinner together, but not talk much. Afterwards, the men would retire to the salon, where they would smoke cigars and talk politics. English women would drink tea and chat. “The French women,” says Kale, “found it … END_OF_DOCUMENT_TOKEN_TO_BE_REPLACED