No matter if she’s in the shower or at the movies, she’s out the door in a matter of minutes, headed for the Washington State Patrol forensics lab at the edge of the Eastern Washington University campus. There she changes into lightweight boots, black pants, and a polo shirt emblazoned with “WSP CRIME SCENE” across the back. A quick check of supplies—gloves, gel lifts, camera cards, detection chemicals, evidence packaging, and the like—and the van is ready. Then she and a similarly clad coworker enter the address into a GPS unit, buckle up, … END_OF_DOCUMENT_TOKEN_TO_BE_REPLACED

This is very cool for several reasons.

It is a wingless cockroach, described for the first time only two years ago, and the first existing roach known to jump. It achieves this feat with modified hind legs that possess long femurs invested with enlarged muscles. These long femurs—akin to the longest bone in the human body—help give grasshoppers their great jumping ability.

I want to walk on water, climb walls, and dance on the ceiling. If insects can do it, it’s only fair that I should, too.

But this thing called physics has decreed otherwise. Carol Anelli, a WSU entomologist, can tell you why, having a lifelong fascination with ways insects can at times make us seem relatively slow, earthbound, and weak.

Anelli first came upon the wonders of insects as a child among the woods and fields of a suburbanizing central Connecticut. She would pull caterpillars from her … END_OF_DOCUMENT_TOKEN_TO_BE_REPLACED

With memory notebooks and smart apartments that use motion technology to  track their residents' daily behaviors, WSU neuropsychologists are exploring ways to  help patients and their families cope with age-related memory loss. Meanwhile, two  scientists have discovered a means to restore neural connectivity.

Even though a paper on guppy senescence by evolutionary biologist Donna Holmes and her colleagues has circulated for several years, the “grandmother hypothesis” still persists.

And understandably so. One of those rare feel-good stories from evolutionary theory, the grandmother hypothesis attempts to explain menopause in humans as an evolutionary adaptation. Menopause is adaptive, the argument goes, in the sense that women’s reproductive capacity is cut short barely two-thirds of the way through their lives so that the grandmother can help raise the grandchildren, thereby improving the survival of her lineage.

In spite of its appeal, however, “I’ve always thought that was a dumb theory,” … END_OF_DOCUMENT_TOKEN_TO_BE_REPLACED

We used to believe, says neuropsychologist Maureen Schmitter-Edgecombe, that if a person lived long enough, he or she would develop dementia.

Now we know better, she says. Whether caused by Alzheimer’s or other disease, dementia is not a normal aging process. Many people, such as G. Roger Spencer and colleagues pictured here, remain completely alert and engaged well into their 80s and 90s and older.

According to the Alzheimer’s Association, the chance of someone over 85 having the disease is nearly 50 percent. Other dementia-causing diseases raise that risk even higher. So what is it that enables someone to escape the dementia odds?

A century or so ago, late spring in Oregon’s Willamette Valley saw waves of delicate blue and brown butterflies across a million acres of prairie, lighting on equally delicate lupines to lay their eggs.

At least we can imagine it that way. The region has long since been settled and farmed, and the prairies were the first to go. With them went the vast number of Fender’s blue butterflies and their host plant, the Kincaid’s lupine. The butterfly appeared to the eye of science only briefly, first in 1929, and occasionally until 1937. Then it vanished. Scientists assumed it was extinct.

Summer 2011
The rainbow trout has evolved over millions of years to survive in varied but particular circumstances in the wild. The hatchery rainbow fl ourishes in its relatively new, artificial surroundings, but its acquired skill set compromises its evolution. The rainbow has so straddled the worlds of nature and nurture, says biologist Gary Thorgaard, that it has become “a world fish.” » More ...
Summer 2011 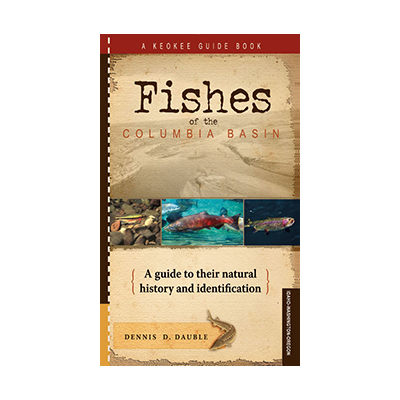 It’s really pretty remarkable how much Dennis Dauble has managed to squeeze into this book of a mere 210 pages. If you read Fishes of the Columbia Basin:

You will get a good briefing on fish in Columbia Basin Indian culture and history.
You will know about the history of the introduced shad and its movement up the Columbia following the inundation of Celilo Falls.
You will … END_OF_DOCUMENT_TOKEN_TO_BE_REPLACED