It’s hard enough preparing for finals and graduation during a normal semester.

After war broke out in Ukraine, Kate Maistrenko ’22 continued going to class and rowing practice while her family and friends struggled to survive. The apartment she shared with her family in Kyiv was destroyed by shelling, as well as her parents’ rowing camp. Her brothers are directly involved in the fighting, and some of her friends and peers have died trying to repel the Russian invasion.

“It’s incredibly hard to process this every day, but I have to stay strong no matter what. I have to work and train because I know it helps me survive,” Maistrenko says. “I keep my phone always near me in case my family or friends call me.” 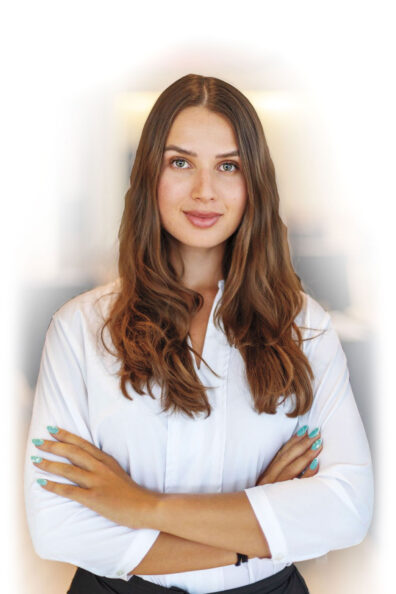 Maistrenko, who studied economic sciences and international business, was a recipient of the 2022 Presidential Leadership and the Cougar Athletics Leadership awards for her contributions to WSU Rowing and as a member of the Student Athlete Advisory Committee. She hopes to raise $10,000 to support Ukrainian athletes training for world rowing events, among other fundraising efforts.

“I have to keep pushing and helping. Unity is the key to success,” Maistrenko says. “Life is hard but it is also beautiful and short, so as long as I’m breathing, I will do my best.”

It’s impossible to truly understand what students like Maistrenko are going through, says Kate Hellmann, director of International Programs’ International Student and Scholar Services, but that doesn’t stop Hellmann and her team from offering support.

“They’re dealing with something going on 6,000 miles away. They’re just trying to be a student, but bombs are falling on their families,” Hellmann says.

Hellmann’s office provides guidance for Ukrainian students seeking to extend their visas or seek temporary protected status to remain in the United States after graduation. They also work with faculty to provide academic accommodation, and students can receive financial support through the WSU International Emergency Fund.

“Our goal is to provide a support net on all fronts: social, cultural, academic, immigration, and career services,” Hellmann says.

“International students and scholars contribute to our research and directly to the state of Washington,” she continues. “We want to get every student to the finish line for graduation, even if something going on abroad is uprooting their lives.”

Anna Stowe, a Ukrainian national who moved to the United States 12 years ago, took time off from her job as a researcher in the Department of Crop and Soil Sciences when the conflict began. She spent that time on the phone with her family, who live in Western Ukraine.

“My boss offered to change my work time to make it easier, but it’s been months. We all need to learn how to live with it,” Stowe says. “It’s a huge global event you have no control over, but it also feels so personal.

“It feels so personal because Russian propaganda is attacking you as a person, as a Ukrainian. It’s been difficult to reconcile being both insignificant and personally targeted by this event.”

Stowe, along with other Ukrainian faculty members at WSU, began to organize fundraising efforts for Nova Ukraine, a nonprofit that has raised more than $30 million to support humanitarian aid to the people of Ukraine. Thus far, Stowe and her colleagues have organized a Ukrainian cinema night, a Techno Against War party with Ukrainian DJs, and a tattoo flash day.

The Russian invasion is Ukraine’s war for independence, Stowe says, and she doesn’t think the conflict will end anytime soon.

“For 30 years, Ukrainians have been watching Russia going down this rabbit hole of no freedom of press, no freedom of expression. We do not want to be in the same boat as Russia. This is not what we see our future as,” Stowe says. “We should all perceive it as our war for democracy and freedom. It just happens that Ukrainians are fighting it.”

An unbreakable bond: Helping the pets of Ukrainian refugees