Forty years ago, on a fateful day in May, a volcanic eruption unprecedented in modern times—etched itself on the memories of Washingtonians from Vancouver to Pullman

Don Swanson agreed to fill in. The volcanologist would man the forward observation post for a few days, replacing a geologist who was traveling. But Swanson himself needed a replacement—for that night. His colleague at the U.S. Geological Survey, David A. Johnston, agreed. But he wasn’t really looking forward to spending the night near the mountain. “He, more than the rest of us, probably had a better understanding of how explosively Mount St. Helens could erupt,” says Swanson (’60 Geol.).

Sunday morning, Swanson was at the U.S. Forest Service building in Vancouver—readying to drive to the mountain—when monitoring instruments began showing major activity. He ran to the radio, but there was no answer. By then, Swanson later learned, Johnston had already reported the eruption, transmitting the now famous lines from that fateful day: “Vancouver! Vancouver! This is it!”

Forty years later, the angry-looking ash cloud billowing above Mount St. Helens remains one of the most iconic images in state history. Those living in the state of Washington at the time of the May 18, 1980, eruption all have a where-were-you-when-it-blew moment.

Within an hour, Swanson was documenting the cataclysm from an airplane, flying in figure-eights on the south side of the volcano to film and take photos. On the other side of the state, students at WSU Pullman were studying for finals and doing everyday chores like laundry. Don A. Dillman, now a Regents Professor in sociology, was roller skating with his wife and two young children. Glenn Johnson, in his second semester of teaching broadcast journalism, decided to use the disaster—and time provided by canceled classes—as an opportunity to report the news.

The 8:32 a.m. eruption blew 1,314 feet off the 9,677-foot peak and marked the most devastating volcanic event in U.S. history. Fifty-seven people—including Johnston—were killed. So were some 7,000 big game animals, such as deer and elk, as well as countless fish and birds. The resulting avalanche of debris, mudflows, and flooding caused damage in 230 square miles. The lateral blast knocked down trees as though they were matchsticks, wiping out the landscape in an 8-mile radius.

Swanson observed the billowing ash from a Forest Service plane. “As soon as we lifted off the ground I could see that the top of the volcano was missing,” he says. “I could see the giant plume. When we got up closer, I could see the mud flows on the south side of the volcano, but it was obvious most of the activity was north. We couldn’t get around to see it. It was simply out of the question.”

For the next three hours, he watched roiling, cauliflower-like clouds of ash spew from the volcano. “It was a front-row seat,” he says. “It was such a powerful event that was happening, yet it was soundless. We couldn’t hear anything. It was like watching a silent movie. It was certainly the most unusual experience I had in my career.”

Swanson, now 81, went on to become the scientist-in-charge of the Cascades Volcano Observatory and, later, the Hawaiian Volcano Observatory on the rim of the Kilauea Caldera—where he still serves as scientist emeritus. But Mount St. Helens has never left him. He knew three people who perished in the blast zone and dedicated his career to better understanding eruptions in order to prevent similar tragedies. “I think about it almost every day,” he says.

Dillman wrote a detailed account, which the Manuscripts, Archives & Special Collections at WSU Libraries keeps for posterity. A faculty member since 1969, he was chairperson of the Department of Rural Sociology when he wrote his 35-page paper, “After Mount St. Helens: Seven Gray Days in May.” His wife, Joye, now a professor emeritus in the Department of Human Development, was an assistant professor in the Department of Child and Family Studies. They were in Lewiston, roller-skating with their two children along the confluence of the Snake and Clearwater rivers, when they noticed—around 12:30 p.m.—what they thought was the onset of a thunderstorm. The drive home let them watch the “eeriness” unfold.

“The western horizon was pitch black. Yet the far eastern sky remained an undisturbed blue … It would have been easy to imagine that we were on another planet,” Dillman writes. The family stopped to buy film, then went home and turned on the TV to wait for news. At some point, Dillman writes, “I stick my head out the patio door, take a whiff, and decide I’m not going anywhere for anything tonight. The smell? A little like holding your head inside of a cold fireplace while somebody stirs the ashes.”

Monday morning, Pete Butkus (’70 Crim. Jus., ’85 MA Ed.), the 31-year-old newly elected mayor of Pullman, called a directors’ meeting. That evening, he appeared on a special broadcast on KWSU. “There were obviously health concerns,” he says. “We tried to keep people from breathing the stuff. You saw everything from masks to bandanas. A few students called me, and they had asthma. I remember kind of talking them through it: stay inside, wear a mask if you go outside, call your doctor. Basically, limit your exposure to this stuff.”

The newscast was anchored by Johnson, who became “the Voice of the Cougs,” announcing men’s basketball and football games for 40 years and counting. He’s now serving his fifth four-year term as mayor of Pullman. When classes were canceled midway through his 8:00 a.m. session, he encouraged his broadcast students to seize the day. “I said, ‘We’ve got an opportunity here,’” Johnson recalls. “‘This is a huge story. You’ve got all day off now, so let’s go do something. Let’s learn from this.’ And they were all for it.”

Johnson and his students started brainstorming angles and sources for interviews: health, agriculture, public safety. They also went outdoors to shoot B-roll of the campus and try to get interviews with people on the street. “That didn’t last long because”—despite their precautions—“the ash got into the camera’s telephoto zoom mechanism,” Johnson says. “We had to regroup. We couldn’t continue to shoot outside because of the ash. So we decided to bring the interviewees into the studio. Then we went on-air live. I anchored, and we cut to the different interviews. Students”—including the late longtime KOMO 4 anchor Kathi Goertzen (’80 Comm.) and Dave Wike (’80 Comm.), the longest-serving TV photojournalist at KING 5—“got a heck of an experience out of that.”

Track stand-out Karen (Blair) Troianello (’80 Comm.) had recently run her last race as a Cougar and was looking forward to graduation when it started raining ash. “Since 1980, there’s always been a jar of ash on my bookshelf,” she reflects. “I watched as the ash along various Eastern Washington highways became another layer of the earth, ready to tell a story to later generations of geologists.” 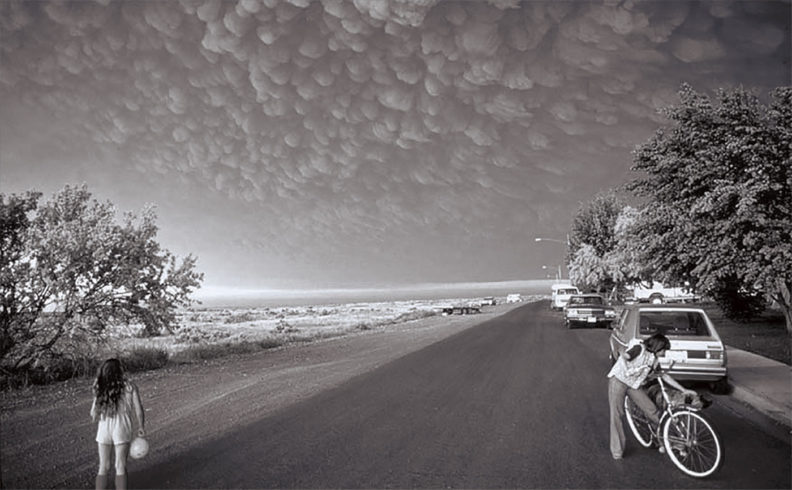 Remains of the day:  When the ash fell on May 18, 1980, faculty and students at WSU gathered it, bagged it, and placed it in barrels. The volcanic ash still waits for examination four decades later.

Lessons learned:  Research after Mount St. Helens erupted in 1980 has yielded much knowledge and understanding of disasters, resilience, and recovery.

“It was raining ash”  (Stories of Mount St. Helens from WSU faculty, staff, and alumni)

Where were you?  Reader memories of the eruption