…to cure the disease that took her grandmother’s life.

A scientific discovery that could lead to treatments for Alzheimer’s and cancer drives biochemist and executive Leen Kawas. For her, it’s a personal and professional quest to develop that discovery into innovative, affordable drugs for the millions of people facing those diseases—a quest that started at seven years old, when her grandmother got cancer.

At 30, Kawas ’11 PhD is one of the youngest biotech CEOs in Seattle and, as a woman from Jordan, one of the most diverse. In her first year at the helm of M3 Biotechnology, her small but rapidly growing company, Kawas has been featured on a number of panels as an expert in topics ranging from the technicalities of drug development to how women can succeed as entrepreneurs.

For Kawas, these distinctions are just bonus side effects to the real inspiration that keeps her working 16-hour days: The success of her company could reverse the effects of neurodegenerative diseases like Alzheimer’s.

“I have a passion to solve a problem that is facing millions,” says Kawas. “I could have a job that makes more money, has normal hours, but this is where I should be right now.”

M3 Biotechnology was launched at Washington State University in 2011 by researchers Joe Harding and Jay Wright with support from WSU’s Office of Commercialization. The discoveries that led to M3’s lead drug candidate, MM-201, also have the potential to treat cancer. This is what brought Kawas from her Jordanian city of one million to small college town Pullman. Curing cancer has been her mission since she watched the disease take her grandmother’s life.

“She deteriorated quickly and stayed with us while she was in her terminal stage,” says Kawas. “As a child, seeing that leaves a significant message that someone needs to do something.”

Twenty-three years later, Kawas is well on her way to being that someone.

FROM PHARMACIST TO RESEARCHER

The development of MM-201 began with basic research to better understand some of the most fundamental building blocks of life: growth factor proteins. For more than 20 years, Harding and Wright have been studying the biochemicals that control much of our human development, immune systems, personalities, and ability to learn. Since these proteins are involved in so many processes, irregularities in how they behave also result in some of our most devastating diseases, including cancer and neurodegenerative diseases.

“Effectively and selectively controlling growth factor function is one of the holy grails of medicine,” says Harding.

After three years as a pharmacist in her home country of Jordan, Kawas was itching to dig into that kind of challenge. While she valued the experience gained in the patient interaction and drug approval side of disease treatment, she wanted to take a more active role in research and development. She started applying to doctoral programs related to oncology drug development at prestigious universities in the United States.

Applying to a west coast school did not cross her mind until Abdelrahim Al-Hunaiti ’83 PhD, a former president and biochemistry professor at the University of Jordan, suggested the university that he had attended in a great Washington community. Upon looking into WSU herself, she found the kind of research she was looking for in Harding’s lab, and with just two hours before the deadline, submitted her application.

Seven months later, she traveled over 6,000 miles to Pullman to begin what she thought would be a lifelong career in academia.

When Kawas arrived at WSU in 2008, Harding and Wright had uncovered some of the mechanisms that make growth factor proteins function, allowing them to build small molecules that can either activate or inhibit the proteins. Activating a growth factor can halt degenerative processes in the brain, and inhibiting growth factors could stop the cell division and loss of cell adhesiveness that leads to cancer.

The drug candidate developed in Harding and Wright’s lab, MM-201, overcomes many of the barriers that have kept other treatments from becoming viable options. Most existing attempts to inhibit specific growth factor systems have a high likelihood of drug resistance, and cannot make it past the blood-brain barrier, resulting in costly or invasive treatment options. Existing attempts also lack specificity, meaning they are not as accurate in targeting the proteins they need to alter. The ability to activate growth factors with pharmaceuticals has been even less successful, and no Federal Drug Administration-approved drugs are available.

Harding and Wright’s discoveries led to a candidate that is inexpensive to manufacture, highly specific, and can reach the brain. The treatment will be offered in a pill form, as opposed to an injection or other more costly, invasive options. When Kawas joined the lab, MM-201 was showing promising results in animal testing. Recognizing the potential of this work, Harding and Wright collaborated with the WSU Office of Commercialization to protect the intellectual property, secure patents, and launch the startup that could take the treatment to the marketplace.

Kawas began helping with that process, making some of the final validations and conducting tests needed to fully develop MM-201. In addition to her impressive science and research skills—she completed her doctorate in a breathtaking three years with numerous publications—Harding began recognizing a natural business savvy and leadership ability in Kawas.

“Joe was the first person to tell me he saw me as an executive in pharma, and encouraged me towards leadership, rather than taking the traditional research path,” says Kawas.

Harding encouraged her to stay in Pullman and start developing those skills by continuing work on building M3. Inspired by the discoveries they were making, a strong friendship with Harding, and a new challenge, Kawas decided to stay even amid countless job and post-doctoral offers.

“Working with Joe made neuroscience fascinating,” she says. “He motivates a lot of people.”

In 2011, she became vice president of research for M3. While the drug development was going well, she became more interested in the business development side. She started teaching herself about the world of biotech and entrepreneurship, a trait she learned from her mother.

With degrees in literature, philosophy, and logic, and with no formal business training, Kawas’s mom ran the biggest hospital in Jordan—which Kawas calls the “Mayo Clinic” of the Middle East—and held many managerial positions at the University of Jordan.

“She was a very influential lady in Jordan and influenced my siblings and me a lot,” says Kawas. “I never felt limited, that there was anything I couldn’t do.”

Harding witnessed that mentality after months of watching Kawas teach herself anything the business needed to move forward. So he nominated her as CEO.

“I received quite a bit of pushback on the idea of placing a 27-year-old post-doc at the helm of the company,” Harding says. “But I saw a talent in her I haven’t seen in anyone else. She took over a year and a half ago, and she made the company a company.”

Kawas’s first big decision as CEO was to move M3 to Seattle, increasing access to the capital and business consultants needed to move to the next stage. The process of getting a promising research discovery from the lab to the local pharmacist is long and arduous—especially for biotech companies. Investment is risky because clinical trials and Food and Drug Administration approvals take time, and failure rates are high. But despite being a newcomer to Seattle’s predominately white, male biotech community, Kawas quickly started making an impact.

“A scientist-CEO is unusual,” says one of M3’s consultants and Kawas’s mentor Mike Flynn. “Most CEOs are only as convincing as the science they memorize, and it is obvious Leen knows the science behind what she is talking about.”

Kawas’s colleagues also frequently credit her success as CEO to a confident and fiery spirit, which began popping up as a middle school student. Kawas attended an Amman school where girls were required to wear skirts, a rule she did not understand since she was allowed to wear pants outside of school.

“I told my mom one day I wanted to buy pants to wear instead, and she supported me,” says Kawas.

The principal quickly noticed Kawas’s new style, and told her she needed to wear a skirt. In response, she cut off all her hair and went unnoticed by the school’s leadership for a while. Other middle school girls started wearing pants as well, and then even high school students. By the end of the year, the principal relented, giving girls an option between pants or a skirt.

“I respect and listen to experience,” says Kawas. “But sometimes you need to trust your own perspective to make change.”

That mindset is evident in the way Kawas navigates through a notoriously risky industry. In just a year and a half, she achieved investment and drug development milestones for M3 that can often take years. She secured significant partnerships with the Michael J. Fox Foundation and Alzheimer’s Drug Discovery Foundation. Pharmaceutical companies are already showing interest in licensing the drug once it gets through the approval process. Kawas and the M3 team are pursuing an FDA fast-track designation, which would allow them to design initial clinical trials that would expedite the whole approval process. Clinical trials could start as early as 2016.

On the business side, Kawas has kept M3’s expenses in check and is hitting milestones outlined for investors ahead of schedule, something that almost never happens.

Today, M3 is expanding, moving from a few offices at the University of Washington’s incubator to lab space recently acquired in the Amgen auction. The company has also grown to 15 full- and part-time employees, meeting one of their goals to create job opportunities in Washington. According to a recent article in Seattle Business magazine, success of M3 could mean even bigger economic impacts for Washington, as analysts predict the market for neurological disease treatments to be in the multi-billion dollar range.

As the M3 team moves MM-201 toward clinical trials, they also have eight issued and sixteen pending national and international patents for different families of compounds in the pipeline. Partnering with a pharmaceutical company on MM-201 will free up resources to begin working on other compounds.

Through the process, Kawas continues to work long days, dedicated to getting this life-changing treatment—and hopefully others—into the hands of the people who need them. 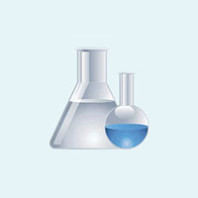 Ten steps to approving a new drug through the Federal Drug Administration. 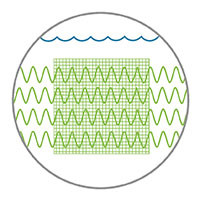 A sample of startup companies like M3 that formed from technology and faculty at Washington State.