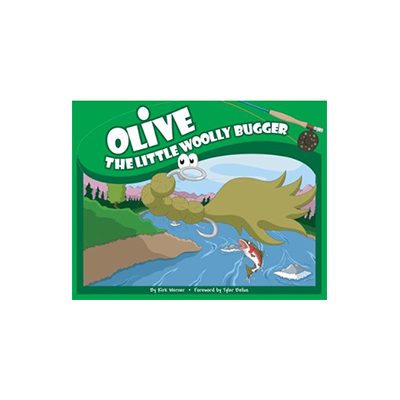 Flyfishing— a sport and an art practiced for centuries—fascinates me with its smooth casts and rhythm, but I had never connected flyfishing with kids. At least not until Olive the Woolly Bugger, a cartoon “streamer” fly starring in a series of three books that introduce flyfishing to children. 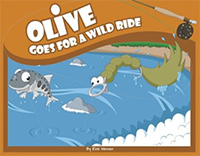 Playing off goofy fly names—like zonker, yellow sally, and gold-ribbed hare’s ear—author and angler Kirk Werner (’85 Comm.) creates a world of flies-in-training whose only goal is to catch fish. The bright illustrations and lively adventures appeal to young readers, while they learn about the tricks and techniques of flyfishing. 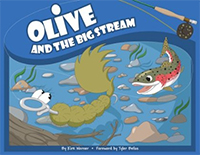 In the first adventure, Olive’s off to Camp Tightloops, where she meets a tackle box full of colorful dry flies. She feels insecure, since as a streamer she doesn’t float above the water. Eventually she fits in and learns to zip and weave for fish appeal.

Olive and the Big Stream sees Olive and her new friends trying their skills at landing a trout. In Olive Goes for a Wild Ride, Olive meets Clark the small steelhead, and together they explore a racing river.

The last two books especially catch the frustration and excitement of fishing, a definite hook for kids who read these entertaining tales.