The trouble with going through the Icons of Science Fiction at Seattle’s Experience Music Project without WSU professor emeritus Paul Brians is that you might miss some tantalizing stories behind each display.

Brians, who volunteers at the museum exhibit twice a month, is happy to dip into his science fiction expertise to enrich your time there among items like Neo’s Jesuit-style robes from the Matrix Reloaded, a metal skull from Terminator 2, and a representative of the Daleks — one of Dr. Who’s greatest enemies.

“Does anyone know what these things are?” he asks a small group clustered around Captain Kirk’s command chair. He points to the furry balls scattered at its base.

“Oh. Trivets,” pipes a women close to him.

“Trivets?” He cracks a gentle smile. “No. Close, though. They’re called tribbles.” And he launches into a talk about “The Trouble With Tribbles” one of the most famous episodes of Star Trek ever to air.

The writer of the 1967 episode, David Gerrold, realized the tribble idea — that of a fast reproducing cute and furry creature — might not have been his own. He may have subconsciously drawn on something from another writer. Brians steps to the side to reveal a paperback by Robert Heinlein.

Here is one of the best-known writers from the Golden Age of science fiction, he says. A 1952 Heinlein novel The Rolling Stones featured flat cats, extraterrestrial creatures that quickly multiplied inside the human characters’ space ship. That likely inspired Gerrold’s tribbles, says Brians. When Heinlein was offered credit for the idea, he demurred, passing the credit to a Disney movie titled “Pigs is Pigs” which in itself was a derivation of a 1905 Ellis Parker Butler children’s story about guinea pigs left in a train station, he says. 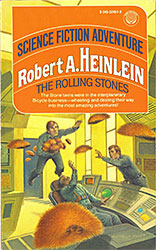 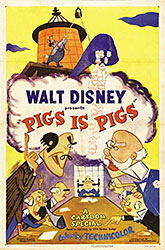 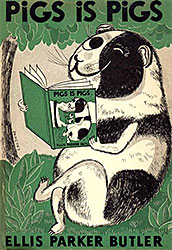 As Brians leads the group to another part of the exhibit, this one with a Star Wars theme, he is prompted to bring up how George Lucas managed to take science fiction, which is usually futuristic, into the past — dipping into characters, styles, and themes more familiar to the 1940s than the 1970s and sometimes back to the middle ages. Lucas wasn’t the first to mix interstellar science fiction with fantasy, notes Brians.

Lucas was influenced by the sci-fi adventure comic books of his childhood. Those, in turn, owe their pedigrees to Edgar Rice Burroughs’ 1917 book A Princess of Mars. The story is about a civil war veteran named John Carter who is transported across the universe to Mars where he helps a princess save her people. Brians notes the Of Mars series influenced another generation of writers including Ray Bradbury and the creators of space-traveling heroes like Buck Rogers and Flash Gordon. There’s no denying the influence when you look at Burroughs’ intrepid title character, Princess of Mars Dejah Thoris, and then Flash Gordon’s Princess Aura, and finally to Lucas’s Princess Leia. Even their names sound alike, says Brians. 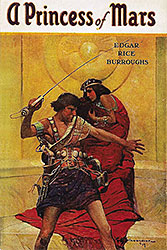 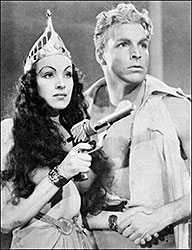 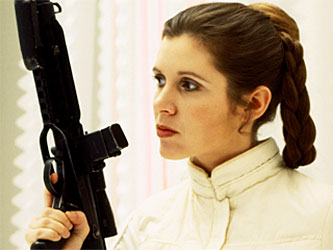 There’s no doubt the stories of science fiction can be fascinating on their own, says Brians. But they are even more interesting and fun when you are aware of the works behind them.

See also “World Builder,” Suderman’s story about Patrick Rothfuss ’02, as well as a sampler of illustrator Nate Taylor’s work. For more on Brians, check out “Reading in the Genres.”