Here is a small collection of the lively illustrations Taylor has created for his friend and WSU Classmate, fantasy writer Patrick Rothfuss ’02 MA as well as some of Taylor’s other work. The first images are linked to Rothfuss’s blog, the second section is from Taylor’s site.

Taylor and Rothfuss started their friendship at WSU. Now Rothfuss is a well-known writer living in Michigan and Taylor, who lives in the Puget Sound region, has a career as an illustrator as well as game artist for Zipline Games.

From the release of Book 2—to work with a Dr. Seuss-ian blog entry playing with the notion that the fans were upset with Rothfuss because they had waited so long for the second installment. 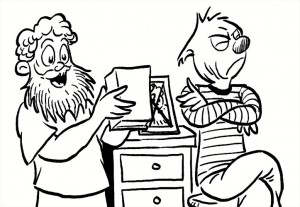 Pat as “dungeon master” leading players in a role playing game. It accompanied a blog entry offering an auction to raise money for Habitat for Humanity. Bidders got a chance at playing in “a one-shot role-playing geekfest set in the Four Corners world.” 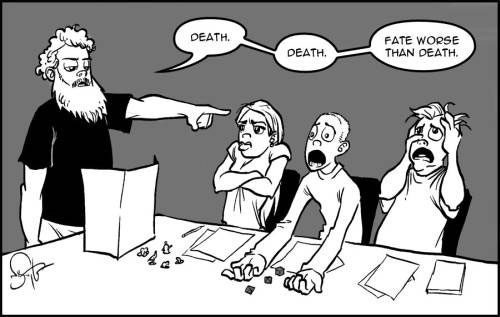 And from Nate’s own portfolio, a smattering of different illustrations that he has done. All are from http://natentaylor.king-sheep.com/.

The title characters from The Adventures of the Princess and Mr. Whiffle.

The map of the Four Corners world. 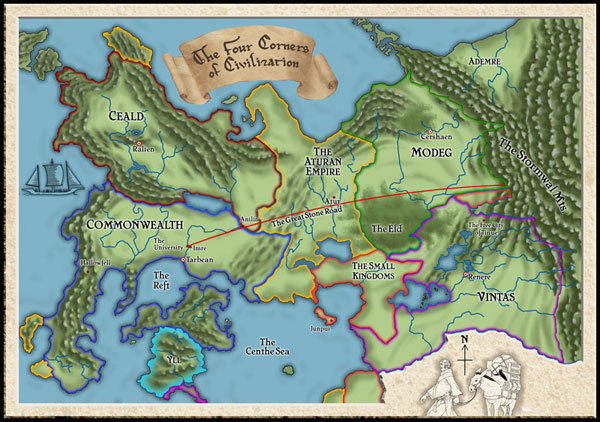 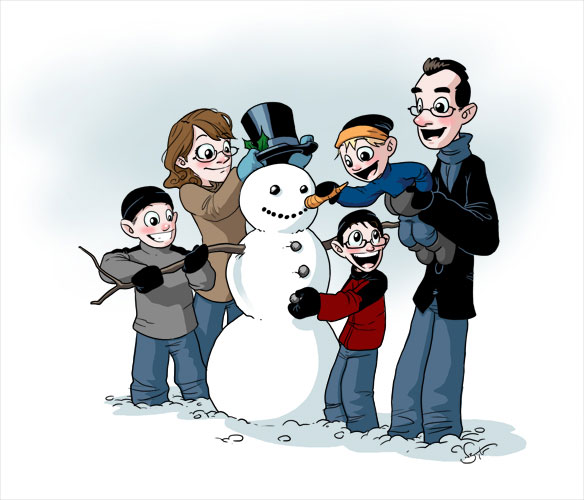 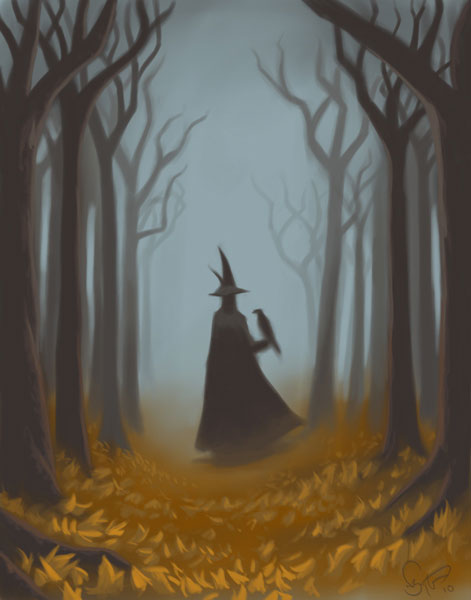 Art from Slots Tycoon—a Zipline Games app for your phone or tablet that offers a casino slots game.

Check out Sudermann’s story on Patrick Rothfuss, “World Builder,” and these other web extras: “Tribble Trouble” and “Reading in the Genres.”