In 1967, English professor John Elwood took a sabbatical to England with his wife, Karen, and their three sons, Sean, Eric, and Kirk. It would become the most important sabbatical ever for the Washington State University Libraries.

During their time in England, the Elwoods met Fred Lucas, a bookstore owner, who in turn introduced them to author and critic Leonard Woolf, spouse of Virginia Woolf, arguably the most innovative British writer of the twentieth century.

“When we were about to leave, Dad asked if he could please see the Hogarth Press’s first edition of T.S. Eliot’s The Wasteland,” Sean Elwood recalls. Leonard retrieved a copy, “its boards covered with what looked like a hand-marbled blue paper. My mother, without thinking, said, ‘Oh, it’s blue, my favorite color!’ She immediately felt foolish for saying it. But Leonard locked his eyes on her, made a mid-course correction away from dad and toward my mother. ‘Is it? It’s mine too!’ he said, while at the same time tossing the book through the air toward my father who lunged, bobbled, but finally retained possession of the volume.”

That very book is now in a climate-controlled vault on the Pullman campus. 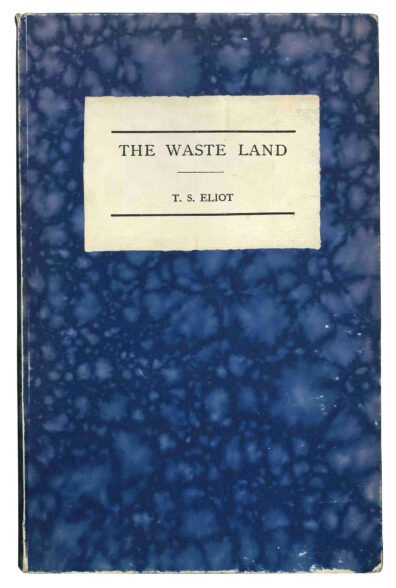 After Leonard’s death in 1969, Lucas mentioned in a letter to Elwood that his Bow Windows Book Shop had acquired the bulk of the Woolfs’ library. Elwood immediately contacted G. Donald Smith, director of WSU Libraries, who supported the purchase. After a 25-minute trans-Atlantic call, WSU negotiated to buy the collection for 11,000 British pounds ($26,000 then, and roughly $192,000 today when adjusted for inflation).

WSU also bought books from Leonard’s London residence in 1974, an additional 400 volumes that Leonard had loaned to his nephew, Cecil Woolf, and 100 books from Quentin Bell, Virginia’s nephew and biographer. WSU librarians noted the incomplete holdings of the Hogarth Press, which the Woolfs founded in 1917, and immediately began collecting those titles⁠—an effort that continues to the present.

Among the highlights of the Hogarth Press Collection are three copies, including both bindings, of Two Stories, the first volume published by the Hogarth Press, limited to 150 copies, hand-set, and hand-printed by the Woolfs in their living room, and a copy of the privately circulated Poems by C. N. Sidney Woolf, published in 1918.

Today, the Woolf Library fills 219 shelves of books, totaling roughly 9,900 books, housed in a secure room, in WSU’s Manuscripts, Archives, and Special Collections (MASC). It is a glorious, massive, and far-ranging collection. It is a library of libraries.

Virginia inherited a large library from her father, Sir Leslie Stephen, author of numerous works and the first editor of the Dictionary of National Biography. She also inherited her brother Toby’s books and those of her mother, Julia.

Leonard brought his own library to the marriage, including his classical texts from university, books that he reviewed, and volumes he collected. Friends associated with the Bloomsbury group and others gave the Woolfs more books. Both Leonard and Virginia reviewed many more books now in the library. There are scores of books that Virginia rebound or repaired, books with pictures drawn by her father and brother, and books annotated by Leonard.

One of my favorite books in the collection is a gift Leonard gave Virginia for her 35th birthday in 1917, a first edition of Sir Walter Scott’s The Abbott. At her birthday tea, the couple made a major decision. They would start the Hogarth Press, which in time would become a highly influential publisher of Modernist literature, including nearly all of Virginia’s works, T.S. Eliot’s The Wasteland, and the first English versions of Sigmund Freud’s works, as well as hundreds of other titles.

WSU professor emerita of English Diane Gillespie recalls first seeing the collection when she arrived in 1975. “My PhD-level work on Virginia had prepared me to use and introduce others to Leonard and Virginia’s personal library. Then-housed on an upper floor in the older Holland Library building, the books were a special province of librarian Leila Luedeking. With infectious enthusiasm, she brought out treasured hand-printed books, annotated the incomplete and sometimes inaccurate seller’s catalog, and provided me with lists of any categories of holdings that might interest me. Although I was overwhelmed by the possibilities, I felt very lucky to be here.”

With the formation of MASC in 1978, library staff moved the collection, shelving it by call number along with other rare book collections. In 2010, I hired Andrew McCarthy (’06 MA, ’10 PhD English) and Nora (Wiechert) Kuster (’05 MA Amer. Stud., ’09 PhD English) to help move the Woolf Library to its own section of the rare book vault.

“The Woolf collection made me realize that authors operate in dialogue with others who have come before them,” Kuster says. “They do not think, write, and create in a vacuum. An author’s personal library provides a physical marker of that community.”

Throughout the decades, MASC has welcomed scholars from around the world to work with the Woolf Library. During her tenure at WSU and into her retirement, Gillespie has mined the collection for numerous books and articles. “Because much of my research involves relationships between visual and verbal arts, I was delighted by the first editions of Virginia’s writings, published by the Woolfs’ Hogarth Press with illustrations and dust jackets designed by Virginia’s sister, Vanessa Bell,” she says. “Although I had made research trips to other archives, art galleries, art dealers, and private collections, mostly in England, I was delighted to find⁠—right here in the Woolf Library⁠—31 of the 82 illustrations for my first book, The Sisters’ Arts: The Writing and Painting of Virginia Woolf and Vanessa Bell.” 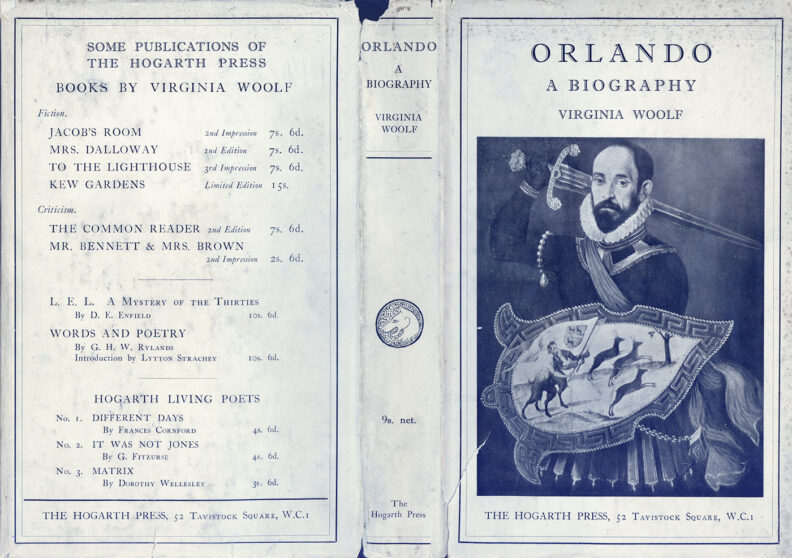 Gillespie has also examined the range of surprising titles published by the Hogarth Press, including detective novels, a novel about war refugees, a volume spoofing wedding rituals, an etiquette guide, a book of advice about investing, a collection of last words, and books on religion, heart health, and diet.

The Woolf Library continues to inspire researchers. Kathryn Manis, a WSU doctoral candidate in rhetoric and composition, spent last summer as a graduate fellow taking digital photographs of books in the Woolf Library that Virginia repaired or re-covered as well as Woolf’s American first editions. Manis contributed these images to the Modernist Archives Publishing Project (MAPP), an international collaboration between faculty at universities in the United States, Canada, and the United Kingdom. MAPP is creating a critical digital archive of early twentieth-century publishers, beginning with Leonard and Virginia.

“Hands-on learning with primary texts has been one of the most important elements of my own research and of my teaching,” Manis says. “Primary source work, at all levels of education and for all majors and specialties, grounds your engagement with something in its material reality.”