Strolling through the stacks in the vault that houses many of Washington State University Libraries’ most valuable volumes, Trevor Bond pauses to randomly pull a title off of a shelf. The leather-bound book happens to be the Primitive Devotion in the Feasts and Fasts of the Church of England by Edward Sparke. It’s a fourth edition, published in London in 1666, featuring a portrait frontispiece of the author.

“We have a lot of this kind of stuff,” marvels Bond (’17 PhD History), pointing out a notation inside the front cover detailing the purchase price and year: $1.16 in 1939. Later, a quick Google search shows a similar edition, printed in 1660, for sale on Etsy for $950.

The 355-year-old prayer book is one of tens of thousands of tomes at Manuscripts, Archives, and Special Collections (MASC) at WSU Pullman, each with its own story. MASC contains “roughly 65,000 rare books, 3.2 miles of paper, 1,000 historical maps, and a million photographs,” says Bond, associate dean for digital initiatives and special collections. And it has drawn researchers to WSU from all over the world.

“They used to call this the treasure room,” he says, “and it is that. It’s really hard to imagine unless you walk through it. It really is powerful.”

Along with rare books, MASC contains thousands of artifacts, such as George Hirahara’s camera. The photographer and his son, Frank (’48 Elec. Eng.), documented life in the World War II Japanese-American incarceration camp at Heart Mountain, Wyoming, from January 1943 to November 1945. With more than 2,000 images, theirs is considered the largest private collection of photos depicting life in confinement.

Another collection features 489 fruit crate labels, mostly from Washington, dating to 1916. MASC also houses 37 boxes of Beatles memorabilia and music, 517 propaganda posters dating from 1914, one letterpress, a photogravure of the 1908 Edward S. Curtis image White Man Runs Him, and 122 linear feet of shelf space containing newspapers from 1721 to 1965.

There’s also a copy of the Geneva Bible⁠—“the Bible Shakespeare would have known,” Bond notes⁠—with a famous typo in John 6:67. A quote from Jesus is incorrectly attributed to Judas. MASC’s version, containing the crest of the Prince of Wales, has a printed slip of paper pasted over and correcting the error.

The oldest book in MASC is Johannes Gerson’s De sollecitudine ecclesiasticorum, published in Cologne by Ulric Zell in 1470. “We also have a collection of papyrus fragments from the Hellenistic era,” which spans 323 to 31 BCE, between the death of Alexander the Great and the emergence of the Roman Empire, Bond notes.

Here’s a closer look at more of MASC’s treasures:

Jane says.  One of MASC’s most recent acquisitions is a set of first editions of Jane Austen novels. Lorraine (Kure) Hanaway (’49 Comm.), a founding member of the Jane Austen Society of North America, bequeathed four titles⁠—Emma, Mansfield Park, Northanger Abbey, and Persuasion⁠—upon her death last year at 93. She served as editor of the Daily Evergreen and managing editor of the then-alumni magazine Powwow before pursuing her dream of working as a writer in New York City and, later, at the University of Pennsylvania. Emma and Mansfield Park are leather-bound “triple deckers,” published in three volumes. Persuasion, Northanger Abbey, and Emma are largely in their original state and feature inscriptions and bookplates from former owners. “Jane Austen is one of the most loved authors in all of literature,” Bond says. But, “The WSU Libraries had no first editions of her work until now.” 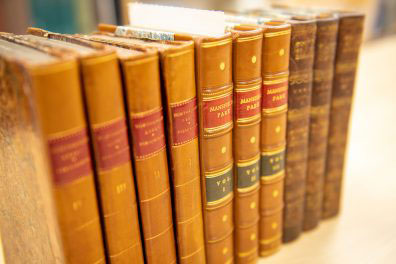 Yes, Virginia.  Leonard and Virginia Woolf built their library around the books the author inherited in 1904 from her father. MASC’s collection of titles from the couple’s independent Hogarth Press is among the most extensive in the world.

Home Ec.  Instructions for a “peanut butter omelet,” the proper placement of a meat thermometer, the right amount of time for curing firewood. These are just some of the tips found in a 1938 newsletter of “Homemakers Briefs” issued by Washington State College Extension. MASC is digitizing its collection of such bulletins, largely from the 1930s and 1940s, with a focus on research by female faculty such as Leila Wall Hunt, head of foods and nutrition, who, in 1938, issued one detailing the benefits of a light afternoon snack. 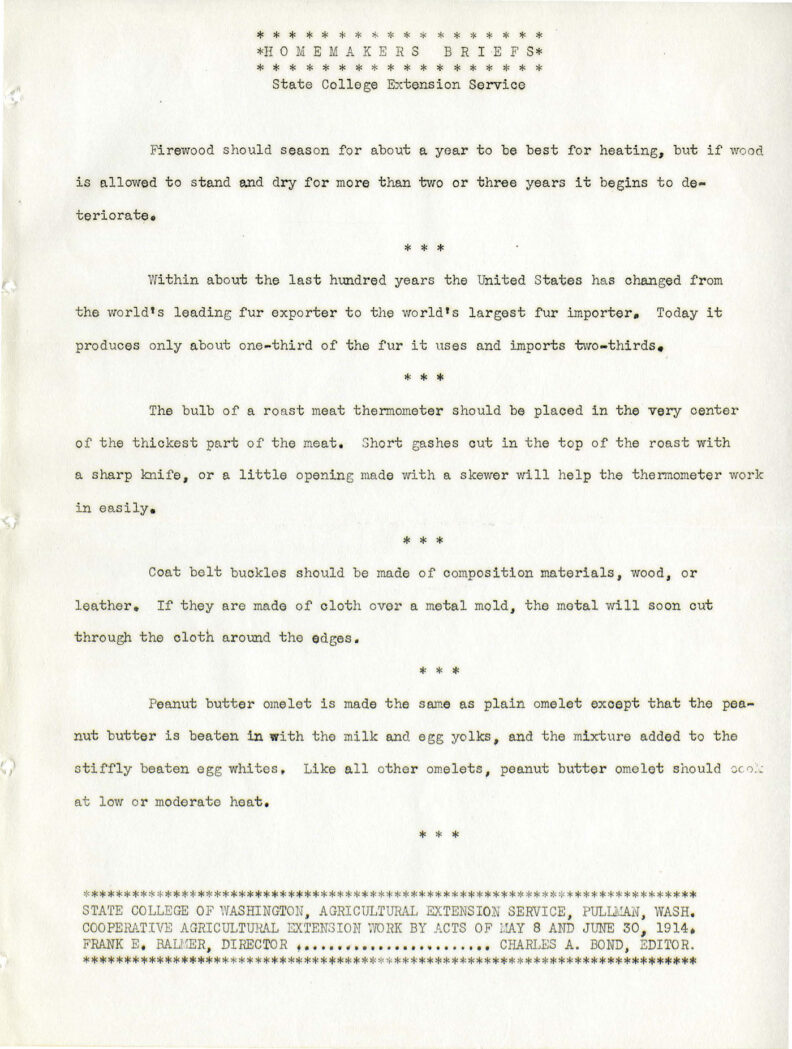 Papal bull.  Thirty-eight days before his death, Pope Innocent III⁠—on June 8, 1216, in Perugia, Italy⁠—confirmed the rights and property of the Order of St. Lazarus, which tended to the sick and lepers in particular. The edict is written on vellum and includes the Papal seal cast in lead and attached to the document with silk thread. It was donated by the Friends of the Library in 1951. 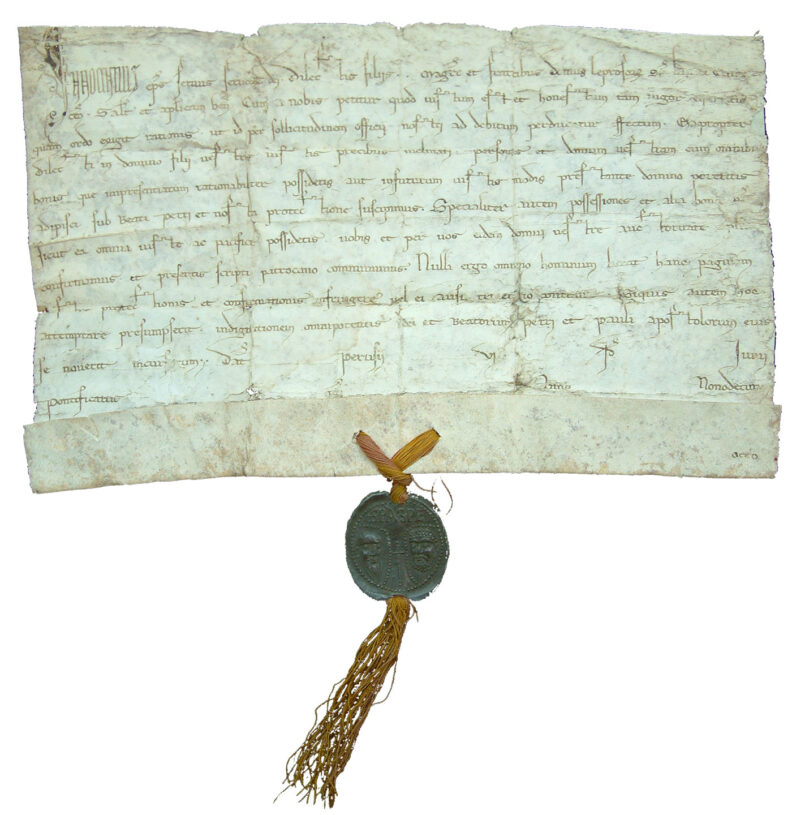 Complete anglers.  Joan and Vernon Gallup donated more than 15,000 rare books related to angling and outdoor sports in 2011. Then valued at $1.8 million, the collection comprises the largest single gift in MASC history. It includes a full set of 19 first editions of Henry Abbot’s privately printed birch books, Oswald Crawfurd’s annotated copy of The Compleatest Angling Booke, and a 1653 first edition of Izaak Walton’s The Compleat Angler. The Gallups had previously given 506 copies of The Compleat Angler to MASC, including all seventeenth-century editions. 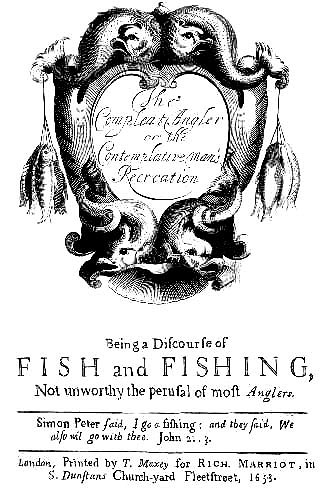 Manuscripts, Archives, and Special Collections is one of several units within the WSU Libraries. Other units include:

Washington State University Libraries have more than two million books and over 30,000 journal and magazine subscriptions. Media, maps, microforms, government publications, ebooks, ejournals, manuscripts, archives, and special collections additionally support WSU’s teaching and research programs. Approximately 35,000 volumes are added to the collection annually. WSU Libraries are a member of a consortium of 37 other libraries in Washington, Oregon, and Idaho, with access to an additional 28 million items. The libraries also offer access to the full text of over 25,800 digital resources, including current journals, books, documents, and more. WSU Libraries currently has 2,193,294 items listed in the WorldCat (OCLC) system.

Collections outside the libraries available through the Search It system include: