This new Coug has had a lifelong love affair with another big cat.

“They do a T-shirt every year. This time they contacted me and said, ‘Do you want to design it?’ so I donated my artwork for their fundraiser. It was a lot of work, but it was an honor,” says Busch, who was one of eight winners of CCF’s 2020 Distinguished Young Conservation Hero Award.

“I enjoy being able to make a difference through my artwork and education efforts,” says Busch, who first became intrigued with cheetahs as a five-year-old after reading a book about the animals and learning they are considered critically endangered in north Africa and Asia. Her first fundraiser for CCF was Chapters for Cheetahs; donors pledged a particular amount per chapter, and she read as much as she could.

When she was older, she toured her neighborhood “with educational materials and a cheetah speech,” according to a post she wrote in 2019 for CCF’s website. “I knew all the facts⁠—not just the whats, but the whys.”

Since then, she has held cheetah-themed art camps, filmed and edited videos, composed emails and graphics, and more. In all, the wildlife ambassador and self-described “budding biologist and artist” has raised more than $26,000 for CCF.

Busch hopes to complete an internship with CCF in Namibia during college. Meantime, because of the persisting COVID-19 pandemic, she’s attending WSU virtually from her parents’ home in Veradale. Kristy (Clerf) Busch (’92 Fine Arts) and Dackary Busch (’91 Elec. Eng., ’20 MBA) are also Cougs.

“I’m thrilled to go to WSU,” says Busch, an Honors College student majoring in biological sciences. “The community at WSU is unmatched and truly values what I am passionate about for my education.” 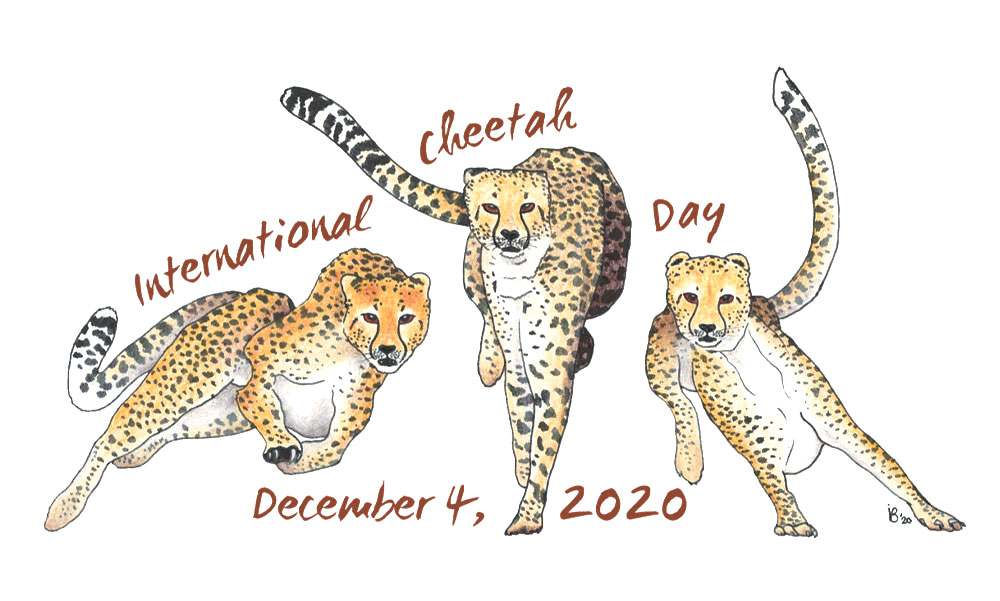