We have a bunch of ways to express our pride: waving the flag, joining the Alumni Association, yelling “Go Cougs!” But considering how much time we spend in our vehicles, what better way to tell the world you’re an alum than a crimson Washington State University license plate?

You certainly won’t be alone. WSU plates outnumber every other specialty plate in the state, and can be spotted all over the Northwest. Almost 21,000 plates grace the roads and highways—more than all state collegiate plates combined, and more than twice as many as the University of Washington.

Although special license plates go back many decades, the legislature passed the Collegiate Plate Bill in 1994, which allowed the six major public universities to use license plates to raise funds for scholarships. The first two plates, for WSU and UW, were issued beginning in 1995.

WSU changed its plate to the new crimson look in 2012, after a three-year effort by the Alumni Association. The bold color proved popular, and more Cougs each year show their pride on the road.

For information about getting a WSU plate, visit alumni.wsu.edu/license, or the Washington State Department of Licensing. 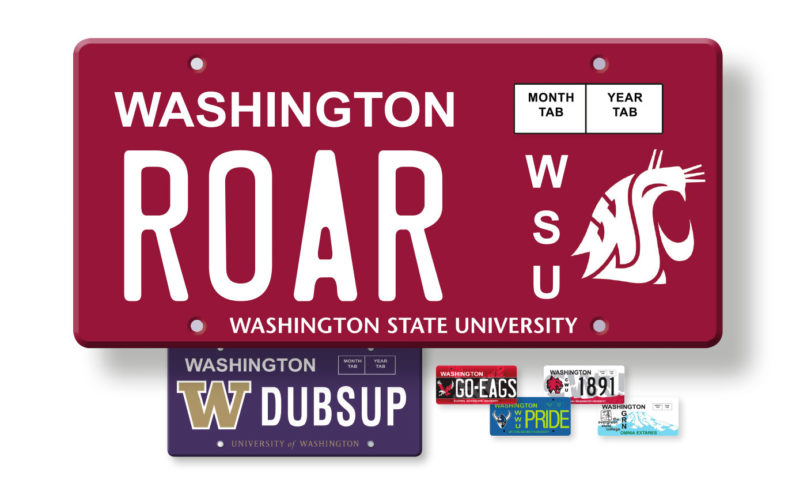