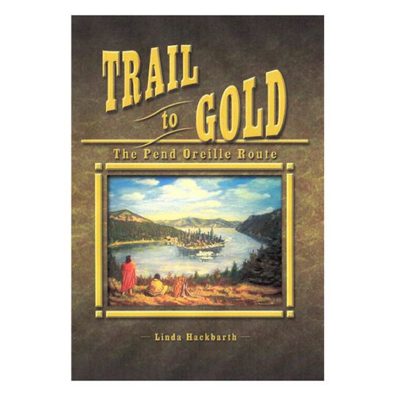 Author Linda Hackbarth looks into the area around Lake Pend Oreille in the 1860s and the efforts of a steamboat company to capitalize on the potential for trade in the Northern Idaho territory.

Hackbarth, a former WSU assistant professor who is now a volunteer historian in her North Idaho community, documents the milestones of the Oregon & Montana Transportation Company’s Pend Oreille route, including the very beginning, when a need for these trails arose. She writes about the men who risked life and limb to plot the routes, and the demise of the supply trails when railroads obliterated any need for them.

Strategically-placed biographies familiarize the reader with the early miners and businessmen. Using letters and journals from the characters of Lake Pend Oreille, the author delivers first-hand details of life there in the mid to late 1800s.

Overall, Trail to Gold provides an in-depth exploration of an era that had left Hackbarth wanting answers. This record of her explorations proves to be an insightful and interesting read.