Kierkegaard for the Church: Essays and Sermons

Søren Kierkegaard’s philosophy and writings on Christianity have been a staple of classrooms and academics for many years, but have not necessarily been applied to the practice and teaching of the Christian faith. Marshall, pastor at First Lutheran Church in West Seattle since 1979, takes Kierkegaard’s criticisms of the Danish church and emphasis on individual engagement with the religion into pragmatic sermons and essays on the philosopher’s role in churches today. Marshall has authored more than 50 articles on religion, specializing in the works of Martin Luther and Kierkegaard.

In a small Puget Sound community in 1932, a mysterious stranger, his wife, and small child disrupt the local populace. Whiskey Creek on Burke Bay becomes the setting for romance, bootlegging, and Great Depression-era drama in this fourth novel by Jan Walker. 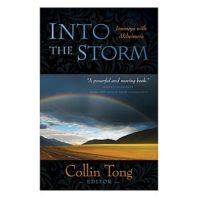 Into the Storm: Journeys with Alzheimer’s

In this series of 23 personal stories, caregivers of sufferers of Alzheimer’s disease reveal their fears and challenges in dealing with this debilitating disease. Tong, a retired WSU staff member who edited the volume, faced many of the same issues when his late wife Linda was stricken with early onset of the disease.

Teeing Up for Success

In her contribution to a collection of more than 30 essays on how golf helped businesswomen, Bellevue-based marketing and public relations consultant Brennan tells how working for a golf company revived her interest in the game. She had learned golf in a WSU physical education course, and renewing her skills enabled her to specialize in promoting the golf industry.

So This Is Christmas