Four years after Title IX was enacted, I headed off to WSU, hoping to study journalism and run track. At that point, I hadn’t even heard of Title IX, the landmark legislation that codified gender equity in education, though it probably played a role in my high-school sports career. It may be why the cross-country coach had to let a few of us girls turn out with the boys’ team—because we didn’t have one of our own.

I barely remember how I found my way onto the track team. In my memory, I saw a notice on a bulletin board and showed up for the first meeting. There was no recruitment, no scholarships. And our travel was fairly limited the first two years—Seattle, Ellensburg, Spokane. We drove a caravan of cars from the WSU motor pool in the days before GPS and cellphones. The men rode buses. We had a very limited weight room, and used the women’s Phys. Ed. locker room. In reading through complaints made by fellow plaintiffs, many mentioned limited coaching hours, unequal access to facilities, limited supplies and uniforms, and lack of recruitment budget to bring the kind of athletes to campus who could compete at a higher level. Not that our coaches would have had time to do much recruitment.

In 1975, Pamela Jacklin was WSU’s affirmative action officer. She researched and wrote what has been described as a blistering report on the rampant sex discrimination in athletics at WSU. Like many good reports, it was ignored or disputed by those in power. But I think it started a chain of events that eventually led to the Blair v. WSU lawsuit. By 1977, women athletes such as Mel Jennings (’79 Ed.), Ann Parry (’78 Psych.), and Amy Cox (’79 Forest & Range Mgmt.) had started writing letters of complaint to the Office of Civil Rights. The university started taking some small steps, including a small number of scholarships.

At the end of my freshman year, Coach Dot Dobie (herself an athletic pioneer in fast-pitch softball) called me to her office and offered me one of those scholarships, one semester tuition and fees a year. My scholarship was worth about $330 a year, split between the two semesters.

At that time, WSU’s women’s athletics was under the auspices of the Association of Intercollegiate Athletics for Women. AIAW encouraged or perhaps required a committee representing each of the women’s teams. We met regularly to discuss the overall program. That’s where I first learned about Title IX and the efforts being made to improve WSU’s program.

We wrote a lot of letters, made a lot of mimeographed fact sheets, and led tours to show off the disparate state of the men’s and women’s locker facilities. Fact-finding groups from the Office of Civil Rights came several times to campus, but we were getting frustrated. Title IX seemed like it should work, but we were getting nowhere.

We turned, at that point to the newly formed Northwest Women’s Law Center, a shoestring organization of some top-notch young lawyers who were eager to help. They determined that if we were willing, a lawsuit should be filed using the state’s Equal Rights Amendment.

By the luck of the alphabet, I ended up as the named plaintiff. While it’s been an honor to represent my fellow athletes and coaches all these years, it also was very daunting. Many people supported our efforts, but others wondered why we wanted to ruin men’s sports. For the record, we didn’t want to ruin men’s sports. We just wanted women to have equitable opportunities to compete. I think it was even tougher for coaches, deciding whether to join the lawsuit or not. It’s a big step to sue your employer and not everyone was willing to do that. Those who did, including women’s athletic director Joanne Washburn (’64 MS Phys. Ed.), and basketball coach Sue Durrant (’62 MS Phys. Ed.), really led the way. Of course, they had had a lot longer to witness the inequities in women’s athletics than we had.

The case didn’t come to trial until after I graduated. Before it did, we raised what funds we could, underwent depositions, met with our attorneys about how best to get our points across while testifying. I took time off work when it was my turn to appear in Judge Philip H. Faris’s courtroom in Colfax. It certainly helped that I believed in our cause, because testifying in court was nerve-wracking. But it’s been so many years that the details are a blur. I still wave at the courthouse when I go through Colfax on my way to WSU events, though.

Judge Faris eventually ruled that there was unlawful discrimination, but he excluded football from the calculations of equity. So, a victory, but not a very satisfactory one. After that, it was decided to appeal to the state Supreme Court. After four years, the high court’s ruling reversed the trial judge’s findings and football had to be included to determine equity. Our incredible attorney, Mary Ellen Hudgins, said the lawsuit set a standard of gender equity in athletics throughout the country.

By the time the state Supreme Court issued its ruling, I was working in Yakima, where I have spent the bulk of my newspaper career. A friend called, but I wasn’t at my desk. So I have a pink “While you were out” message that announced the win and that there was “much elation.”

Because of my involvement in the lawsuit, I’ve spent a lot of time thinking about sports and its role in education. At times, I cringe at the amount of money spent on sports, but I still believe that sports are valuable as educational experiences, and that both women and men benefit personally. In addition, I think that those experiences can help women and men continue to give back to their communities as they go along in life.

While I didn’t become a coach, I did work as a volunteer for many years for my son’s high-school track and cross-country teams. I’ve watched as the boys’ and girls’ teams share coaches, buses, and the thrill of victory and defeat. I’ve cheered on girls running cross-country from my high school and am so glad that I played even a small role in paving the way. (And I’m so glad that my teammates Jean (’79, ’84 MS Phys. Ed.) and Kathy Peckham (’81 Wildlife Biol.) started the WSU women’s cross-country program and that WSU eventually made it an official sport.)

Besides helping out at high-school track and cross-country meets, I haven’t stayed involved in athletics, but I have watched as WSU’s women’s teams have gotten better and better. WSU invited women back to campus a few years ago to take part in a celebration of women’s athletics. Recently, I was named one of five Title IX pioneers, along with Durrant, Washburn, retired WSU senior associate athletic director Marcia Saneholtz, and Jeanne (Eggart) Helfer (’82 Phys. Ed.), a standout basketball and track athlete. Jeanne was the first woman to get a full scholarship to WSU, and she got it from the men’s basketball coach George Raveling, who knew that to build teams to best represent the university, you had to recruit athletes.

I don’t know what the numbers are now, but at one point after the lawsuit, the women’s program had nine sports, while the men’s had six because of the number of athletes in football. That’s an important thing to remember as some have blamed Title IX for killing men’s sports. In reality, the program coordinators make the choices on allocating opportunities. 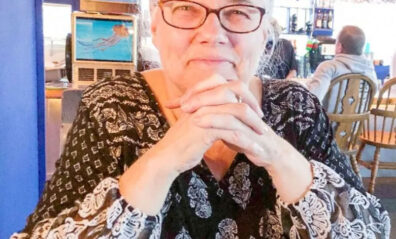 The face of the case: A Q&A with Karen Troianello