In spring 2011, WSU athletic director Bill Moos, his staff, and the design team took over 6,000 photos and volumes of notes from six different campuses to collect ideas for an expansion of Martin Stadium and construction of new football facilities on the Washington State University’s Pullman campus.

Moos presented the plans to WSU’s Board of Regents and President Elson S. Floyd in May 2011. If approved, construction on the facilities would begin immediately after the 2011 football season and would be completed by the beginning of the 2012 school year. This would also occur on the 40th anniversary of the stadium.

View the draft plans for the facilities and Martin Stadium below. You can read more from Bill Moos’ perspective at “Running with the PAC-12.” 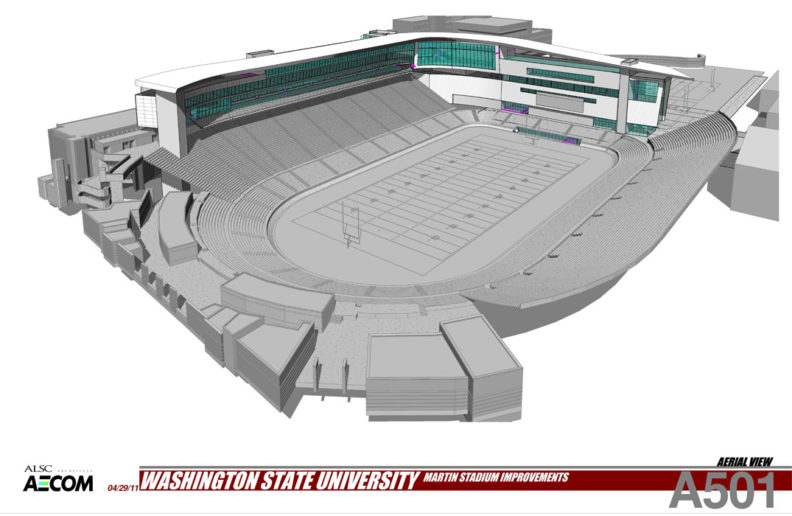 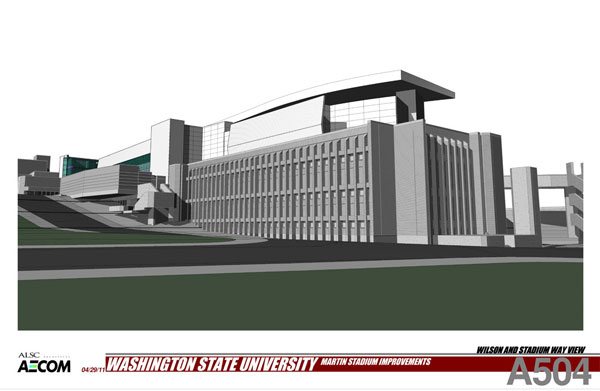 Looking northwest from the corner of Stadium way and Wilson. IT building in the foreground.
Rendering provided by ALSC Architects. 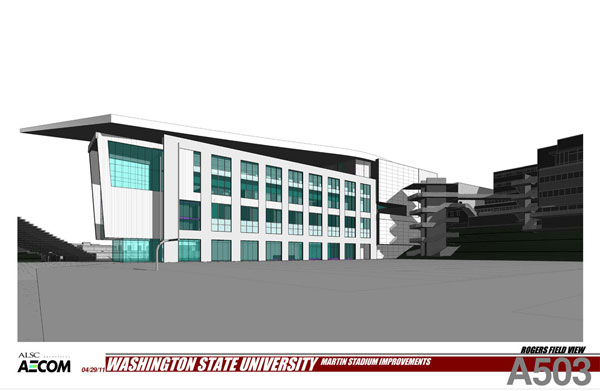 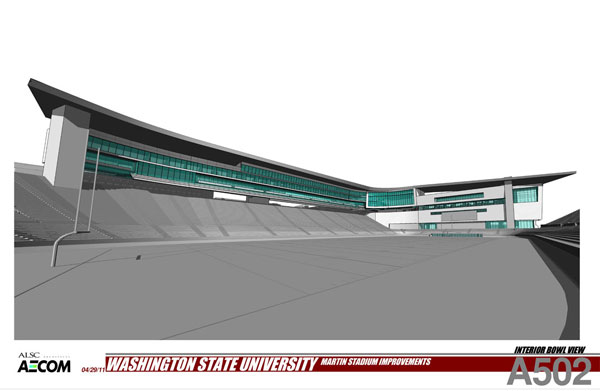 From inside of the stadium looking towards southwest. Rendering provided by ALSC Architects.