Admiralty Head Lighthouse, designed by architect Carl Leick in 1898 and opened in 1903, was built to guide ships into Puget Sound. It is now located at the Fort Casey State Park on Whidbey Island.

Some interesting details about the tower, the residence, and displays in the lighthouse are noted below. 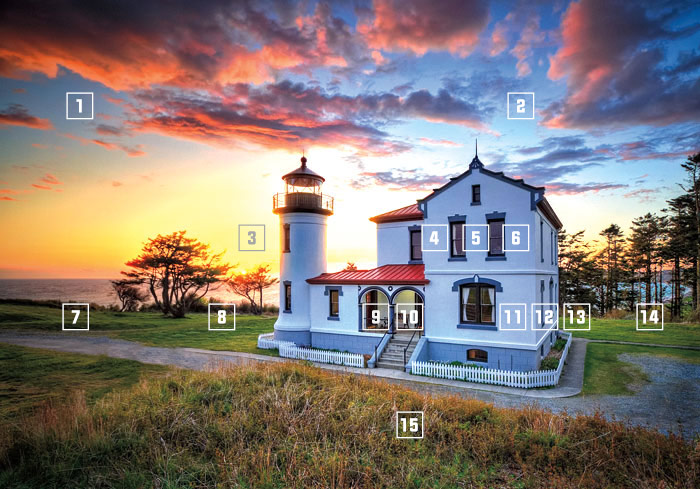 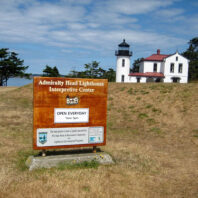 1. Admiralty Head Lighthouse designed by architect Carl Leick in 1898 and opened in 1903. The original lantern was removed after the lighthouse ceased operation in the 1920s. It is now in place at a lighthouse 40 miles away at Dungeness. The lighthouse was built to guide ships into Puget Sound. 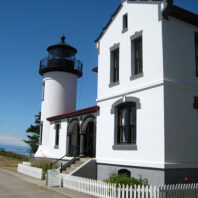 2. The residential portion of the lighthouse had three bedrooms upstairs and a parlor, dining room, and kitchen on the first floor. 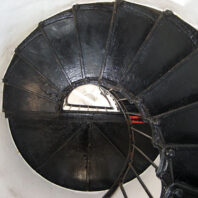 3. Steep metal stairs to the top of the tower. 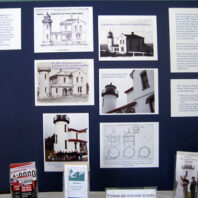 4. Details of the original drawings and lantern and an explanation of a project with local high school students to build and install a new lantern to the original specifications. 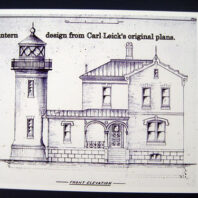 5. A sketch from the architect Carl Leick’s original plans. 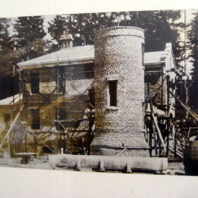 6. A photo of the lighthouse under construction at the turn of the century. 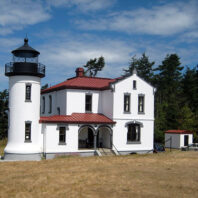 7. The lighthouse structures include a 30-foot-tall tower, a two story lighthouse keeper’s home, and a shed where oil for the lamp was stored. 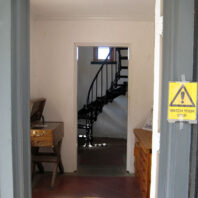 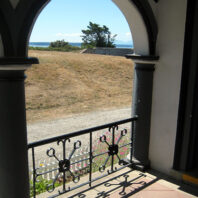 9. The view south from the front porch of the lighthouse. Details of the Spanish-style of architecture like the stucco, the ironwork, and the arches add charm to the old building. 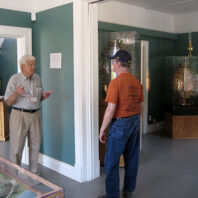 10. Volunteer docent Don Garrett talks with a visitor who is standing between the old parlor and dining room. 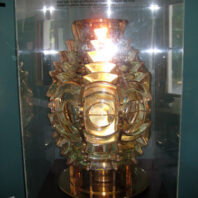 11. A fourth order Fresnel lens is on display in the house. Though there are no records available, this is likely the one used in the lighthouse in its heyday. The light could be seen 16 miles out at sea. 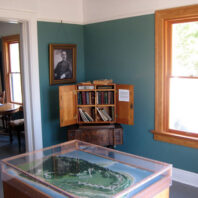 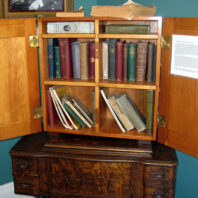 13. The lighthouse keeper’s traveling library. Boxes of books like these were circulated among lighthouses to provide a diversion for the keepers and their families from the isolation of lighthouse life. 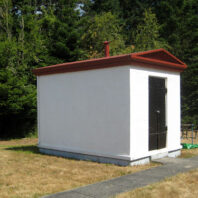 14. The shed where the whale oil and other fuel to run the lamp were kept. 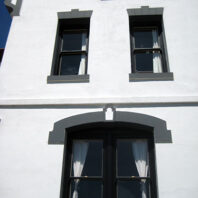 15. The lighthouse is located at the Fort Casey State Park on Whidbey Island and open to the public from 11 a.m. to 5 p.m. daily.