Museums: Petersen Automotive Museum and the Museum of Death. “Some people can’t handle the content and have to get out in two minutes!”

Beach: “I don’t go to Southern California beaches much; they make me miss the beaches of the Pacific Northwest.”

Restaurant: The Musso and Frank Grill.

Hollywood dive: The Frolic Room. “It hasn’t changed from day one. They stayed true to who they are. What a great place.”

Chinese food: Yang Chow. “The Slippery Shrimp is my favorite.”

Chinese buffet: King Buffet on Western Avenue. “It’s total quality awesomeness. And it just goes on and on and on.”

In-N-Out Burger or Fatburger: “My favorite burger is Fatburger. I’m all about Fatburger.”

Canter’s or Langer’s: “Canter’s and Langer’s. I love them both.” This is what he orders: “pastrami dips with barbecue sauce and potato pancakes.”

Those were the days: “Downtown used to be so fun because you could drive into to the L.A. River and race like in ‘Grease.’”

Weekend getaway: “I like to go to Ventura. The Hong Kong Inn for karaoke. The restaurants and bars on Main Street always keep it interesting.”

Canon or Nikon: Nikon. However, his first camera was a Canon. “I was shooting all these concerts for fun, and my grandfather gave me a Canon AE1. It was my first professional camera. I was 15. Actually, I still have it.”

Photographer and film producer Arthur Gorson on Dean Karr: “During my producing career I’ve had the privilege of collaborating with some to the top directors in the industry. Of them all, Dean Karr’s work stands out. He is a total original; a visualist with a bold sense of color, content and imaging. His signature photographic style sets him apart from all the rest. Dean has shaped and defined the look of music videos and commercials, while bringing an artist’s eye to his subject matter. And, he is a fantastic guy to know!” 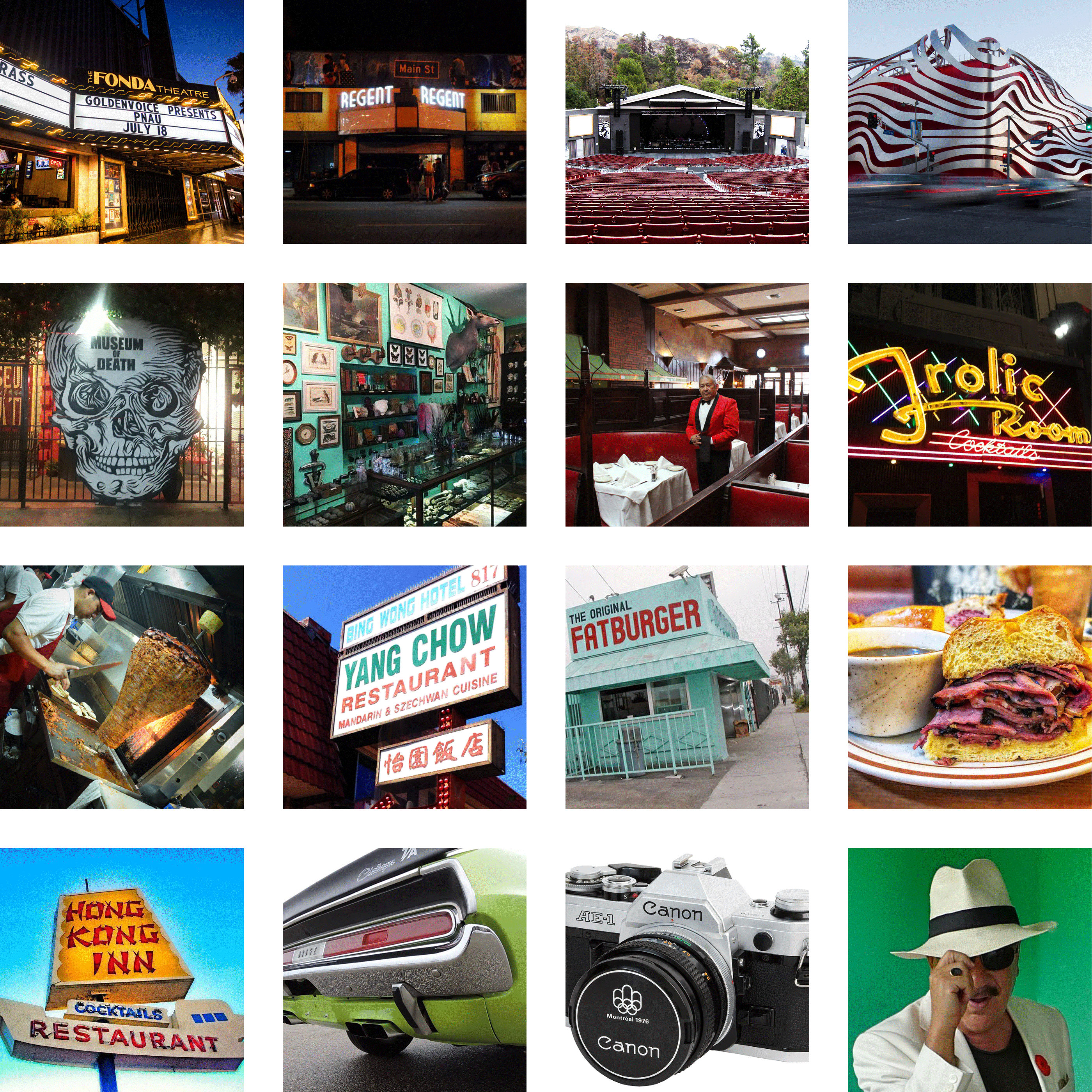 Left to right, from top:

Listen to Dean Karr talk about the time he hit a deer on his way home to Seattle from WSU — and how that experience inspired a music video. (On “The Red Booth”)