Daniel J. Bernardo was an administrator at Washington State University for 14 years, first serving as dean of the College of Agricultural, Human, and Natural Resource Sciences, then provost and executive vice president. Between the summers of 2015 and 2016, immediately following the death of President Elson S. Floyd, he filled in as WSU’s top executive.

That yearlong stint inspired The Interim: A Guide to Transition Leadership in Higher Education. Drawing on his own experience as well as more than 30 interviews with other former or current interim administrators, Bernardo (’85 PhD Ag. Econ.) addresses key tasks and moments⁠—from developing a 30-day plan to the eventual handoff.

“Interim leaders are thrust into positions for which they likely have little direct experience, often with little preparation, and sometimes at the most inopportune times,” Bernardo writes in the introduction to The Interim (2022, WSU Press). In the book, he details five stages of interim leadership: positioning for success, leveraging the front end, executing a 30-day plan, and evolving leadership, practices, and culture before turning over the role to the permanent hire.

Those challenges illustrate the trials and tribulations of interim administrators in higher education, writes Bernardo, a recipient of the Alumni Achievement Award, the WSU Alumni Association’s highest honor. His handy how-to includes checklists and strategies for handling difficult situations such as the ones he encountered. While stressful, they don’t last forever. “A month later, however,” Bernardo notes, “all was well.” 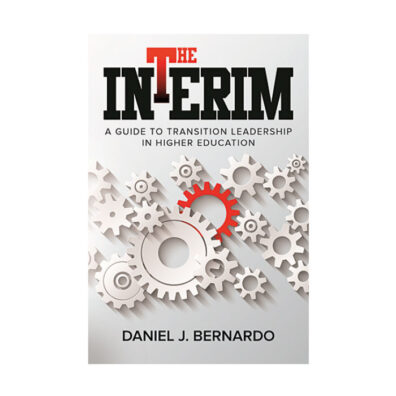 Purchase The Interim at WSU Press