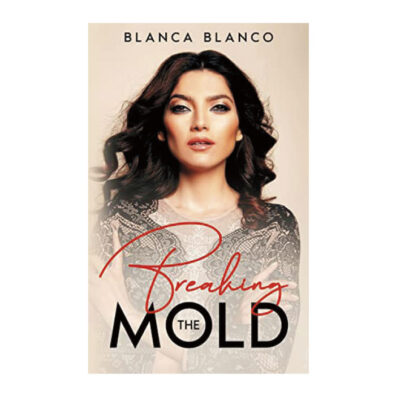 When she was nine and newly arrived in Washington state, Blanca Blanco performed scenes with her sisters in the garage in which they lived. Putting on these “homemade plays,” the self-made starlet writes in her new memoir, “was a way to escape our current life.” Acting, she notes, “gave me a sense of strength.”

The garage had no hot water and no bed, only a hot plate and broken couch. “I often went to sleep wearing two coats and three pairs of gloves,” Blanco writes. “We huddled up to keep warm, and it was during those nights that I made a promise to myself.”

Born in California, where she lived until she was three, Blanco grew up in Mexico until moving to Chelan with her parents and siblings. She’s the second oldest of five, three sisters bookended by two brothers. Her father, a policeman in Mexico, picked apples in America. Her mom watched other people’s children.

“My oath to myself was that this would be the only time in my entire life that I would have to live like this,” she writes. “I would do whatever it took to break the mold and in doing so, I would make my life a success.”

Today, Blanco is an actress and model who often appears in films and on the red carpet with her partner, actor John Savage. She penned her autobiography during the COVID-19 lockdown and ongoing pandemic in hopes of motivating and inspiring others. “We have the power to change our own narrative,” she writes.

She discusses her childhood⁠—growing up in poverty, learning to speak English, dealing with her dad’s machismo and abuse⁠—with candor but without self-pity. Her book⁠—part personal experience, part self-help guide⁠—is a story of strength and survival, resolve and resilience. Drawing on her psychology background, Blanco offers tips for overcoming grief, trauma, and anxiety. She also shares her struggles.

Perhaps the most gripping story she shares is her harrowing drive to flee 2018’s Woolsey Fire. After narrowly escaping the blaze, she learned from TV news coverage that the Malibu home she shared with Savage was destroyed. When she later viewed the wreckage, she writes, “I found my degree from Washington State University. It had fallen off the wall and had been buried under a heap of rubble, which saved it from being too damaged.”

Her father, who would, she writes, sometimes hit her with a horse whip, belt, or shoe, tried to dissuade her from going to college. “College,” he would tell her, she writes, “is not for girls like you.”

Blanco attended Spokane Falls Community College on scholarship, at one point working three part-time jobs to put herself through school. When she first arrived in Spokane, “I had nowhere to stay and lived in my car until I eventually found two roommates.”

At WSU, she was a self-described “happy nerd,” more likely to be found in the library than at a party. She includes her graduation photo in her book with the caption: “I was so proud of my achievement.”

After finishing her master’s degree in social work at Eastern Washington University, Blanco moved to Los Angeles to pursue acting and modeling. She worked in hospice care while going to auditions, taking classes at The Groundlings Theatre and School, and studying under Gordon Hunt, father of actress Helen Hunt.

“I am a strong believer that education is key to breaking the cycle of poverty and that coming from poverty does not have to dictate your future,” she writes. “I believe anyone can overcome and achieve goals with tenacity, dedication, and commitment. And while it can be challenging, it’s always possible⁠—as I proved with my own education.”

Blanco talks about her book, her childhood, time at WSU, and her career on Viewscapes, the Washington State Magazine podcast.