Wherefore art thou, D. B. Cooper?

Fifty years ago this November, an audacious act took place in southwest Washington, a crime that remains one of the nation’s most compelling unsolved mysteries.

It began the day before Thanksgiving, 1971, when a slight, dark-haired man boarded Northwest Orient Airlines flight 305 in Portland. About age 40, dressed in a black suit and tie, he looked like any other business traveler on his way home for the holiday.

Midair, however, he opened his briefcase revealing the red wires of a homemade bomb, and quietly told flight attendant Tina Mucklow that he would detonate the device unless his requests were granted⁠—$200,000 and four parachutes in exchange for setting the passengers free in Seattle. His name, he said, was “Dan Cooper.”

This fall, fans and sleuths will gather in Vancouver to celebrate the fiftieth anniversary of the night D. B. Cooper skyjacked the Boeing 727 and later jumped from the plane as it flew south from Sea-Tac Airport. A bundle of $20 bills was eventually found buried along the Columbia River but otherwise, Cooper has not been seen or heard from since.

Long the stuff of lore and conspiracy theories, it’s believed Cooper landed somewhere near Vancouver. The details will be debated and analyzed at CooperCon21 to be held November 20–21. The event is sponsored by Arizonan Eric Ulis and will be hosted by Dan Wyatt (’96 Comm.) owner of Vancouver’s historic Kiggins Theatre.

On November 24, the theatre will offer a look at the the absurd and speculative culture surrounding Cooper in a live-performance radio drama written by Wyatt and produced by John Barber, a sound artist and professor in the creative media and digital culture program at Washington State University Vancouver.

Barber is the creator of Re-Imagined Radio, a sound-based storytelling medium that produces a wide variety of old-time radio programs as well as contemporary works. 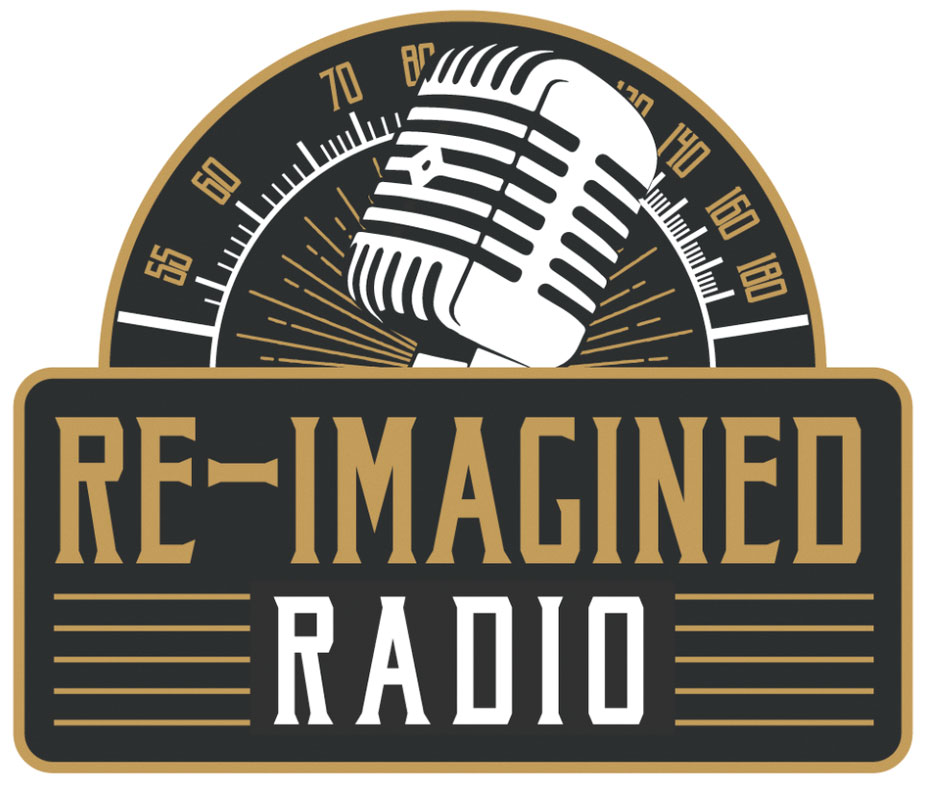 “Re-Imagined Radio originally began with live stage performances in Kiggins Theatre,” Barber says. “It was thought of as a community arts and culture endeavor. With COVID, I was forced to move to radio broadcasts and ‘The Skyjacker,’ an earlier script by Wyatt, was the first episode of Re-Imagined Radio that we recorded remotely.”

Barber also adapts radio shows from the 1930s or 1950s to reflect a local flavor.

“We try to do Orson Welles’s ‘War of the Worlds’ every year to celebrate World Audio Drama Day,” he says. “I’ve adjusted the script to center the activity right here in Vancouver instead of Grovers Mill, New Jersey, as in the original.

“The characters all come from Vancouver and there are many references to area landmarks. It was just north of Vancouver where the original Martian capsule apparently landed, so I changed the name of that place to Battle Ground, the present name of the town.”

Barber and his community partners produce monthly broadcasts for two radio stations in the Portland-Vancouver area. The show is syndicated regionally and is also broadcast across Canada.

For CooperCon21, Wyatt has updated Kiggins Theatre with all the necessary COVID-19 precautions and looks forward to once again welcoming the public to live radio drama performances.

“I’ve heard about D. B. Cooper all my life,” Wyatt says. “My mom was actually at Sea-Tac airport the night of the skyjacking waiting to fly to Texas to see my soon-to-be father, her fiancé at the time. Her flight was grounded while Cooper waited for his ransom money, so it held up her plans a bit. I like to say Cooper almost prevented my existence.

“D. B. is a little bit of a local folk hero here in Vancouver. Someone who stuck it to the man and didn’t really hurt anybody. But he did commit a criminal act; he hijacked an airplane and stole a lot of money.”

Wyatt says Ulis, who appeared in a History Channel documentary about Cooper, invites serious investigators, theorists, and people involved in the skyjacking to speak at CooperCon.

“This year, in the age of podcasts and bizarre conspiracy theories, we’re planning to take the radio drama in a wackier route, with a little bit lighter touch,” says Wyatt.

“My personal take is I don’t want the case solved. I think it’s fun as a mystery, like UFOs or the sasquatch. There’s no solid suspect. That’s part of the lore of this mystery—nobody really knows.”