The path to reconcile relationships with Indigenous communities needs a modern digital platform.

Free, open source, and available as a mobile app, Mukurtu, a content management system created and maintained by the Center for Digital Scholarship and Curation (CDSC) at Washington State University, intends to be that platform.

From the Warumungu language of Indigenous northern Australians, mukurtu (pronounced moo-koo-too) means “dilly bag.” Traditionally made from woven plant materials, dilly bags serve as a “safe keeping place” for sacred items. Mukurtu is a safe place where tribal communities worldwide can engage with, manage, and create digital content according to their own protocols.

It’s a bit of a historical rewrite, as much of the content about Indigenous communities originated outside those communities through journals, maps, legal documents, and especially photographs of people, places, things, and events. That alone creates potential issues, from incomplete metadata to ethnocentric misinterpretations. Unrestricted access to culturally sensitive content is another concern.

And while many venerable institutions such as the Smithsonian National Museum of the American Indian and the National Museum of Natural History are slowly addressing inclusivity and repatriation of artifacts, Mukurtu takes a different tack.

Instead, Mukurtu is driven by the needs of the communities that use it, says Kimberly Christen, professor and director of the digital technology and culture program and the CDSC.

She worked with CDSC technology director Alex Merrill and Trevor Bond (’17 PhD History), codirector of the CDSC and associate dean for digital initiatives and special collections at WSU Libraries, to create the center, part of the College of Arts and Sciences.

Mukurtu provides its roughly 600 user groups ways to both add to and recontextualize existing digital content.

Indigenous communities also use Mukurtu to provide access to new content, such as oral histories and videos that help document language, dance, songs, and other aspects of their cultures.

“These songs are very important because, as Plateau people, Yakamas, Nez Perce, Umatilla, and Warm Springs still perform and sing,” says Jolena Tillequots, who works for the Yakama Nation Library and located her maternal great-grandmother and her siblings in the national archives as part of her work with the web portal.

And what you don’t see is just as important. Mukurtu shifts access to content to community members whose lives and culture are being represented in bits and bytes, safekeeping the sacredness of such things as funerary materials.

Mukurtu in general and the Plateau Peoples’ Web Portal specifically represent WSU’s link to its past and its future. In 1997, WSU acknowledged it benefitted from an 1862 Congressional act that essentially converted more than 90,000 acres of historically tribal lands “often taken by coercive and violent acts, and the disregard of treaties” into public land for the University.

Following that, WSU created the Office of Tribal Relations and Native American Advisory Board, which recommended the establishment of a Plateau Center for American Indian Studies. The first Plateau Conference was held in 2005, the same year Christen arrived at WSU from Australia, where she had worked with the Warumungu for more than a decade.

Those relationships helped form the foundation for Mukurtu, which is less about technology than about making connections.

“My work is about collaborations and partnerships driven by the needs, goals, and desires of the communities with whom I form long-term relationships,” Christen says. 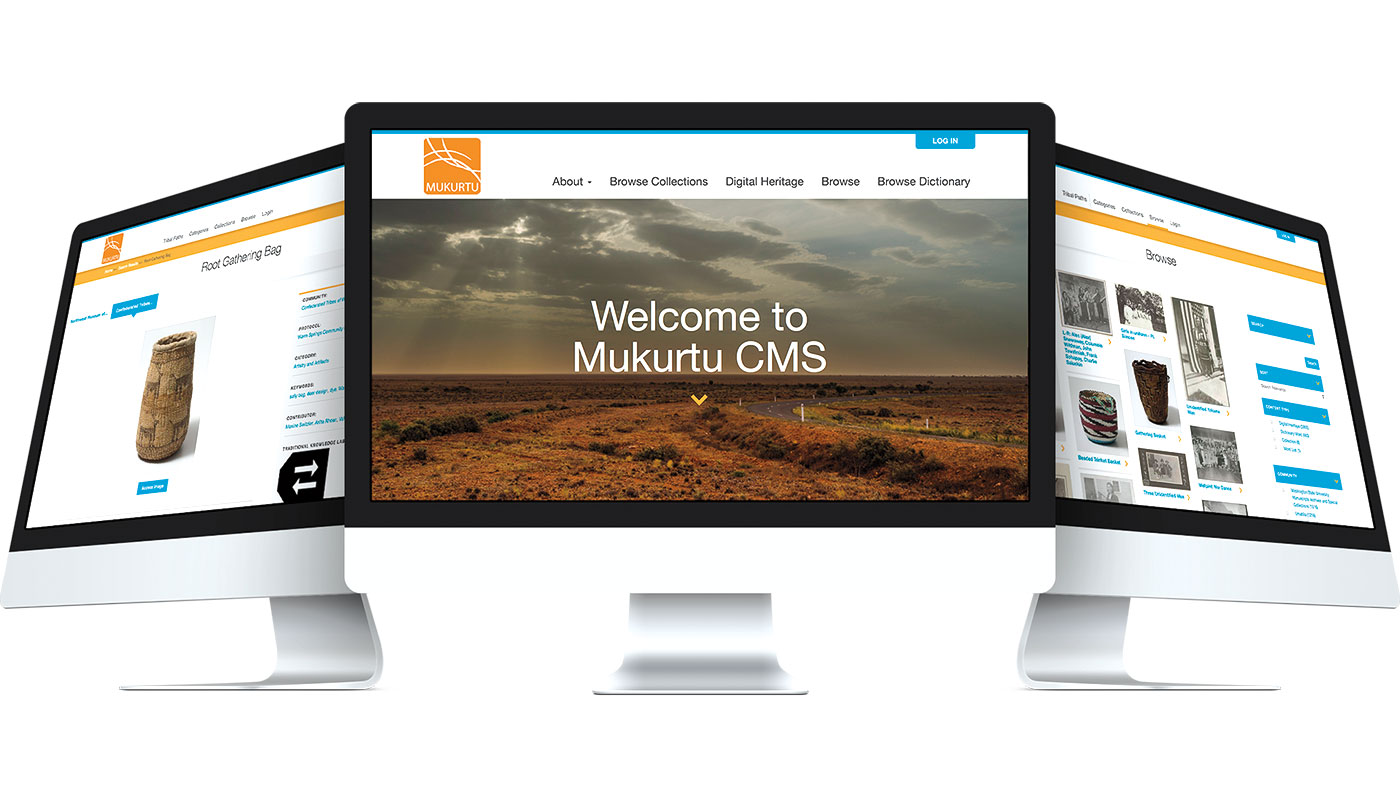