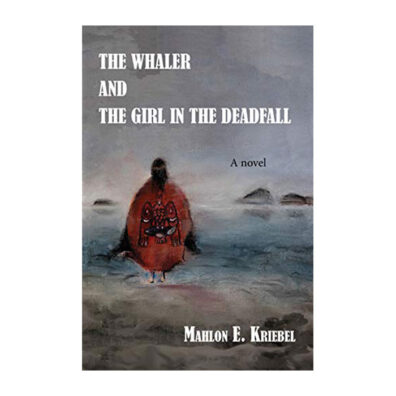 Gray whales are migrating from Baja to the Bering Sea, and Quanah⁠—a mixed-race, blond-haired member of the Makah Tribe intent on finding a pod⁠—takes his late father’s old boat into the Strait of Juan de Fuca one overcast morning. He doesn’t tell his mother, but he’s scouting for a hunt. He believes harvesting a whale will strengthen his Native identity and help unify regional tribes. He gathers a crew, sets out in a hand-hewn canoe, and succeeds in his mission only to be arrested and jailed.

Defending him is young environmental lawyer Alana Svoboda, who recently moved to Seattle from Syracuse. She’s on a quest of her own: learning the fate of her grandfather, who disappeared 40 years ago at 26, the same age Alana is now. Along the way, she endures a string of dramatic events and learns about the customs and beliefs of coastal tribes, including the Circle of Life and water-beast Wasgo. Her newfound knowledge leads her to persuade the whaler, now a friend as well as a client, to help her test her theory about her long-lost relation.

Influenced by real events of fall 1998 to spring 1999, when the Makah harvested their first whale in seven decades and made headlines worldwide, Mahlon E. Kriebel blends fact with fiction and explores the history of the whale hunt as well as complex cultural issues and tensions past and present. He provides historical context peppered with references to Native works of art, fiction, films, museum exhibits, and more.

Kriebel, a neurophysiologist, displays his expertise of brain function in a couple of chapters of almost entirely direct discourse. A professor for more than 30 years at the State University Health Science Center in Syracuse, New York, he published some 70 papers in his field as well as developed educational materials for chaos theory. Born and raised in Garfield, he returned to the family farm in retirement in 2002. His familiarity with the natural world of the Pacific Northwest is evident in his writing, which offers a keen sense of place, particularly of the northwesternmost region of the contiguous United States where the Makah call home.