She’s a matchmaker and mother figure, an advocate and an avid interviewer.

Julie (Riggs) Rash (’86 Comm.) helps couples who want a baby, but cannot conceive naturally, find a match with their ideal egg donor. She’s president of Egg Donor Select, an egg donor and recipient matching company based in Redmond and primarily serving the West Coast and Hawaii.

Rash opened Egg Donor Select in 2005 and subsequently created Donor Egg Network, dedicated to answering questions from potential donors. Since her company’s start 16 years ago, an estimated 600 babies have been born with its assistance.

“I love the joy of seeing people succeed in becoming pregnant after many years of disappointment,” Rash says. “Egg donation truly is a gift for all involved.”

In her more than thirty years in the fertility field, egg donation has evolved from experimental to mainstream. Its prevalence is growing as more couples delay having children and more gay couples wish to start families. In its latest National Survey of Family Growth, the Centers for Disease Control and Prevention concluded that one in eight couples in the United States have trouble conceiving.

Rash started in pharmaceutical sales⁠—first with dermatology, then OB-GYN, and ultimately infertility. For more than twelve years, she worked for the biopharmaceutical company EMD Serono, traveling around the country to fertility clinics for three or six months to present best practices for internal operations and marketing outreach.

In the midst of this, she became a patient herself. She and Tom Rash married in 1995 and began trying to start a family, without success. In their case, they were able to achieve pregnancy through a relatively low-level procedure known as intrauterine insemination.

Rash experienced some of what egg donors go through because she had to inject hormones to stimulate growth of more eggs to give the introduced sperm more targets for fertilization. “At first the injections were horrible, with huge needles that made me black and blue,” she recalls. “Then, with the advancement of recombinant follicle-stimulating hormone technology, the needles became thinner, more like those used by diabetics.”

Son Fred was born in 1997. Triplets Sean, Maggie, and Lucy were born in 2000. The girls are now sophomores at WSU.

Rash became sympathetic with couples who have trouble conceiving and go through in-vitro fertilization. In IVF, egg and sperm are fertilized in a test tube, then transferred into the uterus. “I fell in love with the field of egg donation because once the egg side of the equation is solved, the success rates for pregnancy increase significantly,” Rash says.

She recruits women in their 20s, guiding potential donors through questions about risks, side effects, ovarian stimulation, and egg retrieval. After an extensive in-person interview and medical, genetic, and psychological testing, about 10 percent of applicants are accepted.

A match is made when prospective parents select a candidate after reviewing her online profile. “Sometimes it’s the weirdest thing that makes a match⁠—one recipient chose a donor because her favorite food was chicken fingers, which was also her favorite. We called it the chicken-finger match.”

COVID-19 slowed business for a while as clinics performing the fertility procedures were shut down. But now that they are re-opened with stringent safety measures in place, demand is back up and increasing. Says Rash of her chosen career, “This is where I was meant to be.” 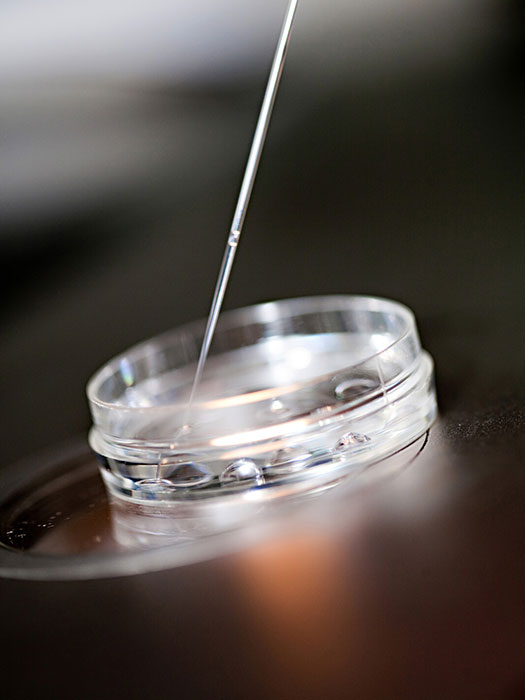